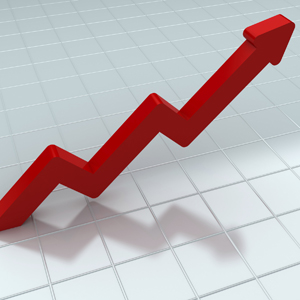 The most sought after lawyers at the moment are those at senior associate level, according to a director of Hays Legal.

Darren Buchanan spoke to Lawyers Weekly following the release of the Hays 2012 Salary Guide on June 1.

Buchanan said he noticed a trend of employers seeking senior associates with solid experience, especially in an in-house environment.

The Salary Guide surveys 1500 employers and placements across Australia and New Zealand.

“Senior associates [especially from the mid tier] are favoured highly because the majority of them are seconded, often to large energy and resources (E+R) firms, and that experience stands them in good stead,” said Buchanan.

“They’ve either had that experience previously or they’ve got the working knowledge needed so that they can hit the ground running in dealing with all the contracts.”

Buchanan, who is based in Queensland and directs all Hays’ recruitment activities in that legal market, said his firm was doing a lot of work in Brisbane CBD, as well as in fly-in fly-out placements in Townsville, Gladstone and Mackay.

The property, infrastructure and E + R markets continue to boom in Queensland, which is driving demand for expanded  in-house legal teams in construction firms, E + R companies  and “a couple of design firms” which have access to Brisbane infrastructure work, said Buchanan.

“There is not a lot of commercial building going on [anymore] but people are taking up the space and that’s creating quite a bit of legal work,” he said.

Workplace lawyers are also in high demand across both top and mid-tier firms, and the boutique firm market, but are “few and far between”, according to Buchanan, who said Hays has placed a number in Brisbane from interstate or other countries.

Despite the demand in some practice groups, employers are increasing salaries only moderately.

“It depends which industry you’re in [as to] whether you get a bigger salary increase or a lower one,” said Buchanan, adding that “forward-thinking” employers should go ahead with their hiring plans and increase salaries despite the current economic conditions.

The Hays guide suggests current economic conditions are here to stay for some time and that the sooner firms adapt hiring strategies to this “new normal” the more effective they will be.

“The two-speed economy, the patchiness, the volatility, all those terms that have been banged around for the last two or three years, I think are the new normal,” said Buchanan.

“A lot of people thought the downturn would be over by now [but] if you’re waiting for something to happen, you could be waiting a long time.”

While the mining and resources industry stood out, with 55 per cent of employers increasing salaries between three and six per cent and 20 per cent increasing them by more than six per cent, Buchanan warned that if employers in other sectors do not raise salary levels they could have trouble retaining staff.

“With the mining industry pulling many [lawyers] into that sector … if you want to hang on to staff you have to start competing somehow,” said Buchanan, adding that workplace benefits, flexible work hours and bonuses were some of the ways to do that.

“We had a young lawyer in the top tier, with only two years’ PAE, receive a sign-on bonus of $8000 to relocate to a Brisbane firm from Sydney in three to four weeks. That’s just one example of the many sign-on bonuses happening.”