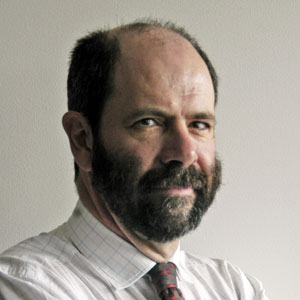 Assange sought refuge at the London Embassy of Ecuador yesterday (19 June). The move follows a British Supreme Court decision not to reopen his appeal against an extradition order to Sweden where he faces questioning over alleged sex crimes.

If Ecuador grants Assange’s request for asylum from persecution, under the Universal Declaration of Human Rights, he would avoid legal proceedings seeking his extradition to Sweden, said Professor Donald Rothwell (pictured) from the Australian National University College of Law.

“The government of Ecuador has a capacity under international law to grant Assange political asylum, in which case he would be eligible to enjoy protected passage from the United Kingdom to Ecuador.”

The move may also protect Assange from extradition to the United States, according to Rothwell.

While Ecuador and the US are parties to the 1872 Extradition Treaty, Assange could rely on the ‘political offence’ exception under Article 3. This would exclude criminal charges connected to Assange’s Wikileaks activities and the publication of classified US government documents from being covered by the treaty, Rothwell said.

A statement on the London Embassy of Ecuador website said: “While the department assesses Mr Assange’s application, Mr Assange will remain at the embassy under the protection of the Ecuadorian government.

“The decision to consider Mr Assange’s application for protective asylum should in no way be interpreted as the government of Ecuador interfering in the judicial processes of either the United Kingdom or Sweden.”

“The Australian government should have done a lot more for Assange – they could have made a much greater effort in terms of diplomatic overtures to the US and Sweden,” he said.

Barns believes Assange will be extradited to Sweden if the Ecuadorian government rejects his application. “I don’t think there’s any doubt about that.”

Ecuador offered Assange residency in 2010 when he was placed on the US government’s most-wanted list. The then deputy foreign minister of Ecuador, Kintto Lucas, said at the time: “We are going to invite him to come to Ecuador so he can freely present the information he possesses and all the documentation, not just over the internet but in a variety of public forums.”