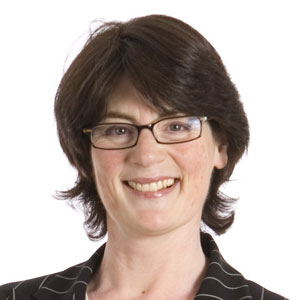 The Victorian bar has introduced a new senior counsel appointment process that will involve a committee of legal professionals giving advice to the chief justice.

Victorian bar senior vice chairman Fiona McLeod (pictured) told Lawyers Weekly that the model has been given the green light by the chief justice, the Hon Marilyn Warren AC, and the council of judges of the Supreme Court of Victoria.

Under the new system, which will be piloted for a year, a committee of senior members of the profession will make a preliminary assessment of candidates. The committee will then recommend candidates they believe to be worthy of appointment based on satisfaction of selection criteria. But the final decision remains with the chief justice, McLeod pointed out.

“It’s an advisory committee only ... the chief justice is free to go outside that list and make an appointment,” she said, adding that retaining the chief justice as the appointer “reflects our preference for the continuation of the court-based system”.

The decision to overhaul Victoria’s silk appointment process followed chief justice Warren’s announcement to the bar that she no longer had the capacity to handle the process, revealed McLeod.

“The chief justice was facing an increasingly heavy workload, which prompted the bar to look at a different model.”

Aside from lightening the chief justice’s workload, another improvement is a new application form that provides greater clarity on how to satisfy the selection criteria, said McLeod, who believes this will encourage stronger applications.

The advisory committee will also be able to provide direct feedback to unsuccessful candidates, she added.

“We can tell someone they didn’t make the shortlist, not just because of the chief justice’s view, but with specific feedback about why the application fell down.

“This will assist unsuccessful candidates in addressing and strengthening those aspects of their practice.”

While the Victorian bar took cues from the UK, Queensland and New South Wales models for silk appointments, McLeod said this pilot is “uniquely Victorian”.

The model underwent an extensive consultation process with the legal profession and other stakeholders. It will be reviewed after the 2012 round of appointments.

“The views of the bar, court and other interested parties will be canvassed again and hopefully provide a sound basis to go forward with this process of appointment of senior counsel in Victoria,” McLeod said.