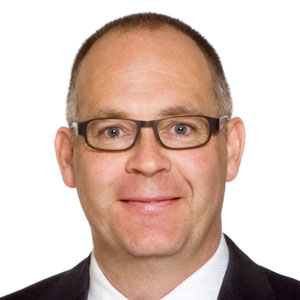 Arnold Bloch Leibler (ABL) has played a pivotal role in the resolution of a long-running human rights claim by the Wadeye indigenous community.

Wadeye community leaders, who were represented by ABL on a pro bono basis, signed a historic agreement with the Federal Government on 6 June.

For the past five years the community has been battling the Northern Territory government before the Human Rights Commission (HRC).

Tobias Nganbe, the former co-principal of a Wadeye school, lodged a racial discrimination action with the HRC in 2007. He claimed that funding arrangements for ex-mission schools in the Northern Territory meant they were funded in “a different and less favourable way” than mainstream schools.

While the Government did not accept the merit of the claim, the agreement provides $7.7 million in additional funding for education in Wadeye on top of recurrent funding.

“Ultimately, the community wasn’t so concerned about the position of the Commonwealth as long as it affected the changes required,” said Peter Seidel, who heads ABL’s native title practice.

“The case had been going on for some years, but it was shifted by Peter Garrett who acted as a mediator with the Northern Territory Government,” he told Lawyers Weekly.

ABL was invited to represent Nganbe and the wider Wadeye community by the Castan Centre for Human Rights Law.

Nganbe’s claim followed a study by the Centre for Aboriginal Economic Policy and Research that found, for every dollar spent on the average child attending school in the Northern Territory, only 26 cent was spent on a child in Wadeye. The figure was later changed to 47 cent based on extra data provided by the state.

The settlement is a testament to what can be achieved through collaboration between communities and private law firms, Seidel said.

“You’re on the ground where the real work for reconciliation needs to be done and driven by the community. This partnership between law firms and communities works and ought to be supported.”

He admitted, however, that having a champion in Garrett was a significant advantage.

“The firm’s association with the indigenous causes stems from that initial involvement 20 years ago,” Seidel said.