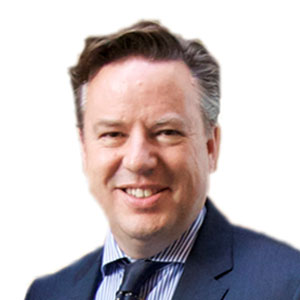 Prime Minister Gillard’s minority government will have a tough time solving problems that emerge from the High Court decision invalidating the Commonwealth’s chaplaincy program, a government and public practice expert has said.

Stephen Jaggers (pictured), a partner at King & Wood Mallesons, told Lawyers Weekly that former prime minister John Howard, who had a majority government, could have easily passed legislation to implement the National School Chaplaincy Program he introduced in 2007.

Now, fixing funding problems that will flow from last week's High Court decision will not be so simple, Jaggers said.

“To legislate becomes harder where you have minority government  ... independents and minor parties can’t resist the temptation to pick on funding programs they don’t like.”

Queensland father Ron Williams challenged the chaplaincy program, which offers schools up to $20,000 a year to introduce or extend chaplaincy services, on the grounds that the funding breached the separation of church and state.

His argument failed, but the High Court ruled 6-1 that the program was invalid because it does not fall within the Commonwealth’s executive power outlined in section 61 of the constitution.

“This case simply blows away the unqualified proposition that you can do anything under executive power that you could do by making legislation,” Jaggers said.

The 2700 schools affected by the chaplaincy program are unlikely to lose funding, with the Opposition giving its bipartisan support. But the Government will be forced to determine the most suitable solution for the other state services the Commonwealth funds directly, Jaggers claimed. Roads, the arts and sports programs are among the services open to challenge.

There are a number of options, including using section 96 of the constitution to channel funding through the states. But Jaggers believes the most effective route in most cases is to pass legislation, despite the risk of political opposition.

“Legislation will work,” he said.

Contrary to speculation in the media, Jaggers does not believe the decision will trigger a flood of similar claims. One reason is the difficulty for a plaintiff to have the necessary standing to bring this sort of claim – a point argued in the Williams case.

“While Williams had standing, with four kids at a government school, it will be more difficult for individuals to establish they have standing to challenge an industry initiative or health program,” Jaggers said.

The Commonwealth will also work quickly to shore up its position in relation to funding programs to prevent further challenges, he added.

The main impact of the decision is likely to be reluctance on the part of the Commonwealth to fund through executive power in the future, continued Jaggers, adding that the scope of executive power is generally unclear.

“If there’s any doubt about executive power we will see funding programs given a legislative backing,” he said.

While the constitution has a chapter devoted to the power of parliament and the power of the judiciary, executive power is covered in 38 words.