Home/
News/
Neither regulator nor business ready for carbon price

Neither regulator nor business ready for carbon price 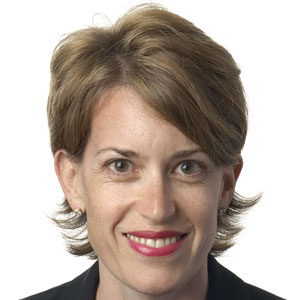 Ill-prepared businesses and administrative delays have caused a flurry of activity in the lead up to the introduction of the carbon price on 1 July, a climate change expert has said.

“Some of the last-minute preparations have been a consequence of the regulator being late in releasing forms,” she said. “There have been questions around whether the regulator has the necessary administration in place and is able to process administrative requirements to implement the scheme.”

Processing Obligation Transfer Numbers (OTNs) is one area where the Clean Energy Regulator has fallen behind, revealed de Wit. OTNs are used to transfer liability for emissions arising from the use of natural gas from the supplier to the user of that gas.

The Government has recommended an amendment to the Clean Energy Regulations 2011 to extend the deadline for implementing OTN arrangements to 1 September 2012.

“This means companies don’t have to provide those costs straight away until the formalities have been concluded around the OTN process,” said de Wit.

Opposition leader Tony Abbott has claimed the coalition will roll back the carbon price if elected. Even if Abbott provides more detail on how he will achieve this and, importantly, how it will be funded, some businesses might be reluctant to see the scheme unwound, according to de Wit.

“The scheme would have been in place for around two years by then and the political landscape might be quite different in terms of business understanding and acceptance of the carbon price."

But some businesses are already in Abbott’s corner, with an Economist Intelligence Unit (EIU) report finding only a third of respondents believe the opportunities created by imposing a carbon price will outweigh the risks in the long term – down from around 50 per cent in the inaugural survey in 2011.

The report, released in June, said executives may have been overconfident before the details of Labor’s scheme were announced in mid-2011. Almost half think a better regime will eventually replace Labor’s current proposal.

“It is likely that Australia, which is just about to take its first steps towards carbon pricing, will have to go through several years of discussion and trading before reaching equilibrium," the report states.

The EIU report also found that of the 300 biggest emitters that will pay the carbon price from 1 July, more than half have set up dedicated roles or teams to identify greater carbon or energy-efficiency measures internally.

Neither regulator nor business ready for carbon price