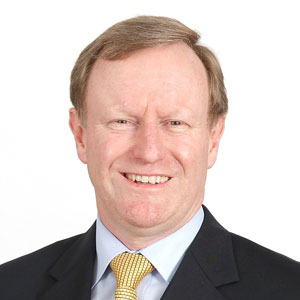 The Labor Government has taken back its own tax break, undermining the credibility of Australian tax law in the eyes of foreign investors, a tax expert has said.

The Government has doubled the withholding tax rate for international managed investment trusts, from 7.5 per cent to 15 per cent. The bill was passed in the Senate last week, with a concession for new buildings that meet certain energy efficiency standards.

Labor initially dropped the withholding tax rate from 30 per cent to 7.5 per cent in 2008.

Australia’s tax system appears to be in a constant state of flux, scaring off foreign investors, according to Peter Norman (pictured), head of Norton Rose’s tax practice.

“It was a backwards step ... on one hand you’ve got all this effort put into constructing a particular regime which offers a tax incentive, and then a few years later you have a doubling of the tax rate,” he told Lawyers Weekly.

“It’s not a good look ... many foreign investors have come into Australia on the basis of the reduced tax rate.”

Norman claimed any progress made by Government initiatives to attract foreign investors, such as the investment manager regime (introduced into Parliament on 21 June), has been undone by the doubling of the withholding tax.

“It’s a shame these recent steps taken by the Government may act as a blemish on otherwise good record of trying to put in legislation to attract foreign investors,” he said.

“[The Government] needs to think carefully before embarking on regimes that are counterproductive to a lot of the good initiatives that have been adopted in recent years.”

Norman said the minerals resource rent tax is a “considerable improvement” on the resource super profits tax, which “came out of left field” and caused apprehension among foreign investors.

“[The tax] was announced without any consultation [and] caught foreign investment by surprise and that experience left a bad taste in some foreign investor’s mouths.”