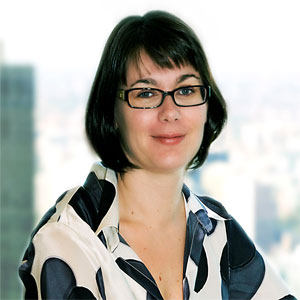 King & Wood Mallesons (KWM) has insisted it can achieve a 30 per cent female partner ratio by 2015 without enforcing a quota system.

Late yesterday (5 July), KWM announced that it was seeking to lift its female partner ratio from the current level of 25 per cent to 30 per cent by 2015.

Speaking to Lawyers Weekly about the target, Caroline Coops (pictured), the firm’s managing partner of people and talent, rejected the suggestion that, by not setting a quota, the firm was not making a strong statement about the importance of gender diversity.

“A quota is completely at odds with the principles this firm holds dear, which is that all progression should be based on merit,” she said. “A quota would not sit well with our firm’s values and is not something that was ever under serious consideration.”

KWM has around 930 lawyers in Australia, including partners, with more than half its lawyers below the partner level (56%) being female.

Gilbert + Tobin, with a female partner ratio that has nudged 40 per cent over the last few years, is viewed as the leading top-tier or large mid-tier firm with regard to the promotion of women.

Coops said that in the long-term it would be hoped that the female partnership numbers will steadily grow beyond the 30 per cent level, but that in setting this “aspirational target” it wanted to accelerate the process of change.

“Like all firms [we] have had a rate of change, but a relatively slow rate of change,” she said. “In setting the target we didn’t want to set a target that had no element of stretch and just set a figure where we would otherwise end up.”

Coops is the co-chair of the firm’s 13-lawyer strong Diversity Council. Australian managing partner Tony O’Malley is the other co-chair.

The target figure was set after a diversity survey was commissioned by the firm, which was completed by nearly two thirds its staff.

In order to meet their aim, Coops said the firm would target the retention of female senior associates and that KWM had to “be more flexible around flexible work arrangements”.