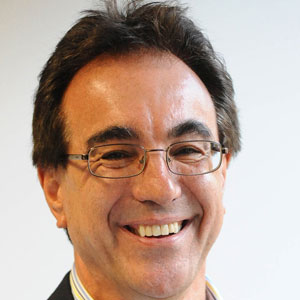 Slater & Gordon has confirmed it is working on a class action in the wake of the Barclays rate-rigging scandal, while Maurice Blackburn appears to be sitting this one out.

Barclays was fined $451 million in Britain and the US for manipulating the London Interbank Offered Rate (LIBOR) – the benchmark for interest rates on trillions of dollars of loans worldwide.

Van Moulis (pictured), practice group leader at Slaters in Sydney, told Lawyers Weekly that sophisticated investors and Australian businesses that have taken syndicated loans may be able to claim for losses on investments that reference the LIBOR.

Moulis admitted that the firm is unlikely to represent small retail investors or “mum and dad” investors.

A number of international banks, including Citigroup and HSBC, are being investigated by overseas regulators to determine whether they were involved in the rate rigging. Many face possible lawsuits from plaintiffs who bought LIBOR-linked securities from the banks; bought exchange-traded securities linked to LIBOR, or received interest based on LIBOR.

Lawyers Weekly asked Maurice Blackburn whether the firm plans to launch legal proceedings against banks implicated in distorting the LIBOR. The firm is currently representing plaintiffs in a class action against some of Australia’s big banks – including Commonwealth Bank of Australia (CBA), National Australia Bank and Westpac – for charging customers unfair fees.

Maurice Blackburn declined to comment, but the firm did indicate it was not currently interested in launching a class action.

If there was evidence the Australian equivalent of the LIBOR – the bank bill swap rate – had been compromised, the case may be of interest to Maurice Blackburn, a member of the firm’s communications team revealed.

Slaters, on the other hand, is prepared to take on the banks, according to Moulis.

“I think we have the sort of experience in this area that perhaps other firms don’t have ... I have the benefit of a merchant banker on staff who knows about the LIBOR and sophisticated financial products.”

Moulis added that acquiring London-based law firm Russell Jones & Walker in April this year has placed a number of Slaters’ clients in the “big loss” category of those impacted by Barclays’ distorted LIBOR.

Slaters is currently monitoring the results of the overseas inquiries before it launches a class action. “It will be some months before we complete the due diligence process,” Moulis said.

In April, Slaters announced another possible class action on behalf of borrowers of Bankwest, who were claiming losses after the lender called in numerous debts in the wake of its acquisition by the CBA in 2008.

Moulis said the firm was still conducting due diligence and hasn’t yet filed legal proceedings against Bankwest.

He added that the decision to launch formal court proceeding would rely on the outcome of the Senate inquiry into the methods by which banks place companies into receivership.

“Our current focus is on getting that Senate inquiry to happen quickly,” he said.