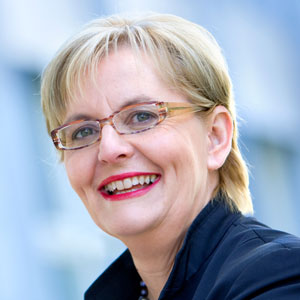 Eight Australian law firms have already signed up to a new pro bono initiative that aims to improve access to justice in the Asia-Pacific region.

The Centre for Asia-Pacific Pro Bono (CAPPB) was launched by the Law Council of Australia (LCA) and Attorney-General’s office on 16 July.

Professor Sally Walker (pictured) told Lawyers Weekly that eight firms have registered with CAPPB so far, with more expected to sign up in coming weeks.

The CAPPB, which is housed within the LCA secretariat in Canberra, reviews applications for assistance from APAC and matches them with CAPPB-registered pro bono providers. Walker said the relationships formed between Australian and APAC organisations will be mutually beneficial.

“[The initiative] aims to benefit organisations in the Asia-Pacific with needs-based pro bono projects and offer opportunities to legal practitioners and law firms in Australia to engage with regional partners,” she said.

“It is through these kinds of constructive partnerships that we can all contribute to building stability in the region through better access to justice and ensuring the maintenance of the rule of law.”

Ashurst is currently supporting the work of Transparency International, an advocacy and legal advice centre in Vanuatu; the Victorian Bar is assisting the solicitor-general’s office in Papua New Guinea, providing advocacy skills and professional ethics training for its lawyers; and DLA Piper is providing one-on-one capacity building for Nauru’s public defender, coupled with an ongoing mentoring program.

Walker expects further requests for assistance to come from a range of government and non-government organisations, courts and legal professional associations. She also anticipates an increase in enquiries off the back of CAPPB’s media campaign, which included radio and TV advertising in Southeast Asia.

The LCA received funding from the Attorney-General’s Department to establish the CAPPB in 2011.

At the launch event, Attorney-General Nicola Roxon encouraged Australian lawyers to get involved in pro-bono work, both domestically and overseas.

“I encourage the legal profession to undertake this important work ... the CAPPB will see Australian lawyers make a real difference in our region and extend legal services and support to those who most need it,” she said.