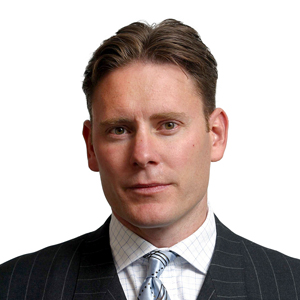 Allens partner Andrew Finch will replace Brett Johnson as the general counsel of Qantas, with the airline gagging both men from talking to the media.

Allens partner Andrew Finch (pictured) will replace Brett Johnson as the general counsel of Qantas, with the airline gagging both men from talking to the media.

On Monday (23 July), Qantas CEO Alan Joyce announced that Brett Johnson would be stepping down from his 17-year tenure as general counsel.

“Brett has had a major impact on the success of Qantas and his sound advice to the board and me has been invaluable over many years,” said Joyce in a statement.

Joyce also announced that Finch, a partner at Allens since 2002 who counts Qantas as a client, would step into Johnson’s shoes on 1 November, with Johnson staying at the airline until the end of October.

Lawyers Weekly approached Qantas to speak with Johnson, but that request was declined.

Lawyers Weekly also approached Allens to speak to Finch, but that request was also declined at the request of Qantas, who have barred him from media interviews.

Finch is officially at Allens until the end of October, but it is not known if he will remain an active member of the partnership for the duration of that period.

A Sydney-based corporate heavy-hitter, Finch is no stranger to the corridors of Qantas HQ.

He acted for Qantas with regard to the proposed $10 billion merger with British Airways in late 2008, which was abandoned.

He also acted for Hutchison Telecommunications on its 2009 merger with Vodafone and also counts Brambles Industries and Leighton Holdings as clients.

Firms’ friend
Qantas uses a number of law firms, with the airline coming under the microscope of legal bodies and regulators regularly over the last few years due to its involvement in a price-fixing cartel and its stoush with its pilots, ground staff and engineers, which came to a head in October last year when the entire fleet was grounded.

Freehills acted for Qantas in its dispute with its workers and union groups, with Melbourne-based employee relations partner Graeme Smith leading his firm’s team.

In November 2007, Qantas was fined $US61 million by the US Justice Department after it pleaded guilty to price fixing in the air freight industry. It received a $20 million penalty from the Australian Competition and Consumer Commission in 2008 for breaching price-fixing rules, and in November 2010 the European Commission fined the airline carrier $12.1 million.

Johnson Winter & Slattery has acted for Qantas with regard to investigations by competition regulators.

In January 2011 Qantas settled an American class action for $US26.5 million. That settlement was negotiated by Qantas' US legal advisers, Todd Miller and Kimberly Shaw, from Washington DC firm Baker & Miller.

Allen & Overy and Minter Ellison have also acted for Qantas on corporate matters.