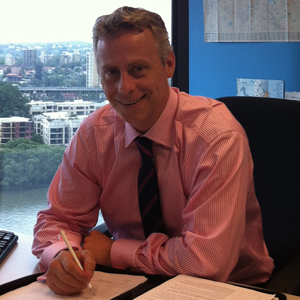 Significant government job cuts and a slowdown in mining and resources projects is driving the demand for employment and industrial relations lawyers, as well as commercial litigators, the latest Hays Quarterly Report has revealed.

Significant government job cuts and a slowdown in mining and resources projects is driving the demand for employment and industrial relations lawyers, as well as commercial litigators, the latest Hays Quarterly Report has revealed.

“The number of redundancies and restructuring within large corporate environments means these skills are very much in demand,” said Darren Buchanan (pictured), senior regional Director of Hays Legal.

The Hays Quarterly Report, released Tuesday (August 7), did not survey firms, but rather used internal sources and insights from its specialist legal recruiters to garner information.

Some of the most severe job losses are occurring in the Queensland public services.

On Tuesday (July 31), the Queensland Government announced nearly 2000 job cuts across its transport and building services — Translink, Road-Tek and Q-Build. The Skilling Queensland for Work program axed 144 jobs on Monday (July 30), the same week employees in the Department of Education, Training and Employment were offered voluntary redundancies.

More are expected to follow, with Queensland premier Campbell Newman arguing the state has 20,000 more public servants than it can afford.

Signs of serious slowdowns have punctured the air of invincibility around Australia’s mining sector. Rio Tinto announced redundancies at its Blair Athol and Clermont coalmines in central Queensland last month; BHP Billiton is expected to postpone a $19 billion expansion of its Port Hedland harbour in the Pilbara, blaming increasing costs and declining commodity prices. Caltex’s recent decision to end petroleum refining at its Kurnell plant in Sydney will see the loss of up to 630 jobs.

Buchanan said his team had noticed the upward demand for employment and IR lawyers in Queensland in particular. Property lawyers are also in short supply due to mergers and acquisitions, and this is also fuelling commercial contract requirements.

“We have noticed this trend in Queensland in particular, with demand for property lawyers who have specific experience in high-rise or flat-land development and off-the-plan sales. This trend is the result of some ambitious commercial development projects both in Brisbane and regional Queensland,” said Buchanan.

Banking and finance lawyers specialising in projects, with PPP experience, are also in high demand in response to more financial transactions coming into larger firms from overseas, particularly Asia, according to the report.

Wills and estates lawyers with four or more years of experience are also needed and multiple positions are available for energy and resources lawyers with boutique, mid-tier and top-tier firms at the three-to-five-year level through to senior associate level.

“With a growing demand for international candidates and Australian returners, there is high competition for candidates on working holiday visas who are seeking paralegal positions,” said Buchanan.