Home/
News/
Judge says Bar is no place for rhetoric

Judge says Bar is no place for rhetoric 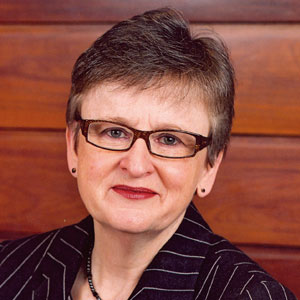 The view that rhetoric is the mark of an effective barrister is outdated and unfairly favours men, High Court judge Virginia Bell claimed on the second day of the Australian Women Lawyers conference on Saturday (11 August).

The view that rhetoric is the mark of an effective barrister is outdated and unfairly favours men, High Court judge Virginia Bell claimed on the first day of the Australian Women Lawyers conference on Saturday (11 August).

In her keynote address, Justice Bell (pictured) argued that the claim that a barrister must have “a commanding physical presence ... and voice, and an eloquence of style and address” is a myth that discriminates against women.

This “irrational” opinion is one of the reasons why female barristers are not receiving the same quality of work as men of similar experience and ability, she added.

“There exists an impression that men are superior to women in the ability to present a case in court.”

Bell urged delegates in senior roles in private practice to “redress this misconception” in their discussions with clients. This view was echoed by other speakers at the conference, including Victorian Bar SC Fiona McLeod.

To illustrate the extent to which rhetoric has played a role in the legal profession, Bell provided a colourful history of the rise of the “celebrity barristers”, which included 19th century English barrister Sir Edward Marshall Hall. She explained that Hall was a “handsome man; over six feet tall with a melodious and deep voice” but who was also criticised for his limited understanding of the law.

While his eloquence in argument contributed to his nickname, The Great Defender, Bell claimed that judges today prefer reason, rather than style of delivery, to dominate court proceedings. The true test of a talented barrister is their ability to distil legal principle, she added, a skill she believes women who outperform men academically tend to exhibit.

“Practise at the bar, if done well, displays the sort of skills done well in legal studies,” she explained.

There is no longer a place for colourful advocacy in modern litigation, she continued, adding that she does not view the “giants of the past in the golden glow” of some who are trying to revive interest in the idea of rhetoric, such as the Hon Michael McHugh who wrote The Rise (and Fall?) of the Barrister Class.

“He bemoaned that by the 1960s the bar no longer comprised the colourful individuals that had once populated it,” she said.

Referring to the decision in the The Wik Peoples v Queensland, to which Michael Kirby points to as a good use of rhetoric, Bell argued that “none of the decisions of the justices were in the least bit influenced by the poetry by which the proceedings had been outlined”.

While Kirby admitted his decision in Wik was not only shaped by Queensland solicitor-general Walter Sofronoff's opening statement, he did comment that “in the law, such moments of rhetoric are rare”.

“I know that Michael McHugh agrees that there should be more of them,” he said in a 2008 article that referred to the case.

But Bell maintained that rhetoric is irrelevant in modern litigation, particularly in light of the fact that juries are no longer used in civil actions (with few exceptions).

“Barristers are in the business of presenting cases to judges and [while] they need ... to be able to cross-examine effectively, it is a forensic skill that takes time to learn,” she said. “A good cross-examination is not one carried out by a commanding figure using a bullying voice.”

Even so, Bell said juries are savvier about legal matters and less likely to be swayed by rhetoric. “Like judges, they just want to get the right result,” she added.

Judge says Bar is no place for rhetoric