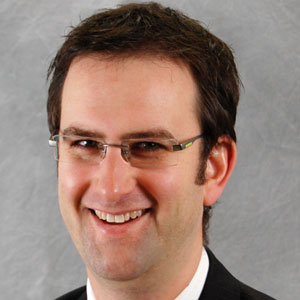 Chris Round (pictured), a partner in Middletons’ IP practice, told Lawyers Weekly that he wasn’t surprised by the High Court decision that found the Commonwealth’s plain packaging laws to be constitutionally valid.

He said British American Tobacco Australia (BATA), represented by Corrs Chambers Westgarth and Allan Myers QC, did not have strong grounds to support its claim that the legislation amounted to an acquisition of trademarks without proper compensation, a breach of Section 51(xxxi) of the Australian Constitution.

“Arguing that the space on their packaging was being compulsorily acquired [by the Government] was going too far,” he said. “It’s not a flawed argument; just weak in this case.”

The constitutional right to just terms of compensation for acquisition of property was made famous in the Australian film The Castle. The protagonist, Darryl Kerrigan, was able to show that his property was being compulsorily acquired by the airport.

But BATA did not have as strong a case as the Kerrigans, Round explained, adding that the Commonwealth is not acquiring the brands but rather restricting their use.

At least a majority of the High Court rejected the challenge put forward by four cigarette companies led by BATA, the court said in a brief notice of judgment.

The reasons for the court’s decision will be published at a later date, but the order means that large graphic health warnings will dominate cigarette packets and the manufacturers’ brand names will appear in a small generic font from 1 December 2012.

Round does not expect the decision will impact other products or industries, such as alcohol and gambling, that are also subject to Government labelling designed to deter their use.

“Cigarette companies are a very unique business,” he said. “It is difficult to see similar legislation like this in other industries and it is probably the case that there won’t be any further legislation of this type.”

But he does expect other jurisdictions to follow suit. In fact, tobacco companies elsewhere may not even have grounds for a challenge to plain packaging laws as Section 51 (xxxi) only applies to the Australian constitution.

“We are a trailblazer here and other countries will fall into line,” he added.

Attorney-General Nicola Roxon also claimed the decision is a watershed moment for tobacco control around the world.

“Australia’s actions are being closely watched by governments around the world ... other countries might now consider their next steps.”

At a press conference, Roxon claimed plain packaging under the Tobacco Plain Packaging (TPP) Act is a vital preventative public health measure, which “removes the last way for big tobacco to promote its deadly products”.

BATA spokesperson Scott McIntyre said the company was “extremely disappointed” by the court's decision but would comply with the law.

He claimed the TPP Act is a “bad piece of law”.

“Although the TPP passed the constitutional test it’s still a bad law that will only benefit organised crime groups that sell illegal tobacco on our streets,” he said.

McIntyre added that the illegal cigarette black market will grow further when all packs look the same and are easier to copy.

Lawyers Weekly approached Corrs Chambers Westgarth and Allens for comment but had not received a response prior to going to press.