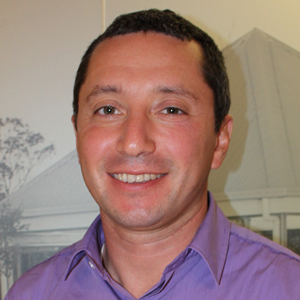 In-house lawyers will determine the speed with which fixed-fee pricing is adopted by law firms, the former senior counsel for Bovis Lend Lease has claimed.

Stanislav Roth (pictured), founder of Source Legal, will be speaking on fixed-fee pricing at the Thomson Reuters Business of Law Masterclass conference in Sydney on Thursday (23 August). He claimed that in-house lawyers are “critical” to the demise of hourly rates.

“They are in a very powerful position – they are the biggest consumers of legal services and they are also the most astute and influential,” he told Lawyers Weekly ahead of the event.

“Armed with this knowledge, in-house lawyers can negotiate with law firms fixed-price or retainer-based arrangements for specified or all legal services.”

Adoption of fixed-fee pricing will be accelerated when one or two “visionary firms” abandon hourly rates, he continued. “Others will then follow the same way they did with mergers.”

Roth believes fixed fees are inevitable for two reasons: increasing pressure from clients for more cost-efficient pricing models, and a growing number of young lawyers demanding flexibility in the workplace.

“The time-based model is inconsistent with the lifestyle and mentality of the younger generation,” he said. “[Young lawyers] don’t want to be cogs in the wheels  ... they want flexibility and to work from home, which will put pressure on firms to abandon hourly rates.”

To support his position on fixed fees, Roth cited the 2010 Legal Department Benchmarking Report, which revealed that while most consumers of legal services dislike hourly rates, it remains the predominant method of pricing.

The report also found that only four per cent of in-house lawyers consider hourly billing to be the best approach of pricing legal services, yet around 70 per cent of total external legal spend is based on standard hourly rates.

He claimed a number of these companies are underserviced and choosing not to engage law firms for minor legal work due to budgetary pressures. Among those that do engage firms, many are given “Rolls Royce” service they don’t need, he added.

“This type of service is overkill for mid-sized companies and more clients are seeing the benefits of a unique model like ours” he said.