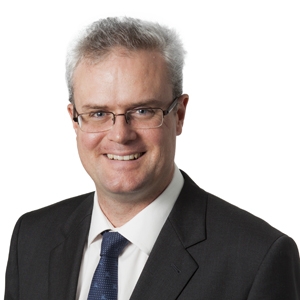 Paul Venus (pictured) believes there are some “really good opportunities” for acquisitions in the Brisbane property market right now, while he said that business is booming for the firm’s construction & infrastructure practice.

“The property market bottomed out in December last year … but from everyone that I’ve talked to recently most are saying there are some really good opportunities for development and acquisitions at the moment,” said Venus.

“The thing holding people back is access to capital, but I think the banks will get back to the stage where they will have to start lending money more vigorously.

“Whilst you cannot say the property market in Brisbane is buoyant or booming, I think we’ve turned the corner and there seems to be light at end of the tunnel,” he added.

Venus said that despite some real difficulties post GFC, Holding Redlich’s “institutional clients” have taken advantage of a depressed market by buying property cheaply, which has kept the firm’s property business ticking over during that period.

He added that the firm’s construction & infrastructure practice is currently “very busy”.

“There are still deals around and the rest of our groups are working on those deals,” said Venus.

Once considered “out-of-towners” on the Brisbane legal scene, Holding Redlich has grown to become one of the city’s major players.

Celebrating its 10-year anniversary this week, the firm’s Brisbane office has experienced a remarkable expansion in what is traditionally a parochial market.

“When the doors first opened 10 years ago the office consisted of just one partner and his PA,” said Venus. “Today, it has increased to 90, including 15 partners.”

“In the last five years we’re starting to see that clients know who we are a lot more, so when people hear the name now they associate it with our Queensland practice.”

Venus attributed the growth of the office to a couple of factors.

“When the Brisbane office started out it was to service national clients, but over the past 10 years we’ve expanded that offering to Queensland clients and established a dedicated local client base,” he said.

The other factor is its ability to attract top-quality partners from other top-tier and mid-tier firms.

“We’ve been able to bring in partners because the Brisbane market is attractive. We focus on four key areas: corporate & commercial, property, dispute resolution & litigation and construction & infrastructure.

“By doing this we get a group of like-minded people who are keen to service those sorts of clients.”

The Brisbane practice groups are closely aligned to both the larger offices in Sydney and Melbourne.

“People here like the fact they can do the high-end work for clients but at the same time not be at a firm that takes up an entire city block,” said Venus.