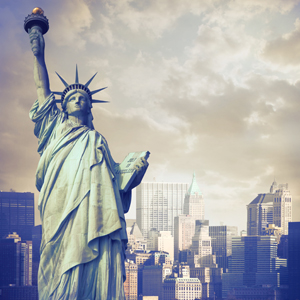 The office was opened on Tuesday (4 September) and will target contentious work, with particular emphasis on cross-border investigations, international arbitration and cross-border litigation. Currently operating as Herbert Smith New York, the office will become part of the merged firm’s international network on 1 October, when the merger is official.

Herbert Smith hired a six-partner litigation team from Chadbourne & Parke last month in anticipation of the New York launch. The team specialises in product liability work and tobacco litigation, with British American Tobacco among its clients.

Chadbourne’s former litigation head Thomas Riley will take on the role of managing partner, and a further 15 fee earners from the same firm have been hired by Herbert Smith to join the partners.

“We are confident the New York office will be an excellent platform to attract a wide variety of complex cross-border disputes work and confirm our standing as a premier global disputes brand,” he said in a statement.

Opening a New York office with a cross-border disputes practice has been a priority for Herbert Smith, said the firm’s senior partner Jonathan Scott: “We are very excited to extend ... the Herbert Smith Freehills network of offices in such a strategic location.”