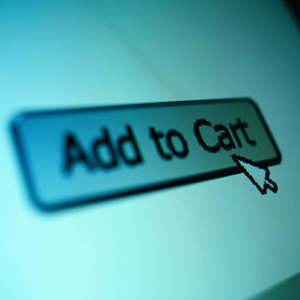 Retailers engaging in the booming online sales business need to get a handle on advertising, marketing, regulatory and tax issues in local jurisdictions from the outset, an IP lawyer has said.

Melinda Upton, head of DLA Piper Australia’s trademarks/branding practice, said her clients are coming up against issues in China and many Asian countries where the ‘first-to-file’ rule applies between competing trademark (TM) owners.

“It’s important to make sure [clients] have a strategy that is regionally focused. You actually have to anticipate issues like seeking trademark protection in countries where first-to-file can actually trip you up if you take a more reactive approach,” said Upton.

By failing to be proactive and filing TMs on Chinese-bound goods and services first, businesses have to claw back their intellectual property (IP) or resort to buying a licence from the party who filed the TM first.

Wayne Zappia, a partner with Lavan Legal, notes that “in a country where manufacturing counterfeit products is as big a business as manufacturing legitimate merchandise”, it is wise to ensure TM rights are protected as early as possible.

Regulatory issues are also important to consider, said Upton, who works with DLA’s transport lawyers to advise on the movement of particular products.

Some online sellers, like Hong Kong-based cosmetics site StrawberryNet.com and UK fashion retailer ASOS.com, have experienced vast success in the online space, but Upton said this requires thought-out strategy in terms of: the storage of products; the moving of goods; local regulatory issues in terms of labelling, advertising and marketing; where the TM is protected, and employment issues.

“If there’s a longer-term plan to enter the online market globally then [the client’s strategy] needs to be thought out … and run at the outset so they’re cost effective and business isn’t distracted by focusing on disputes with third parties that might have piggy backed their reputation,” said Upton.

“It all sounds easy but the work involved is greater than if you’re focusing on a simple bricks-and-mortar prospect.”

Online sellers are clearly gaining an edge over traditional bricks-and-mortar retailers, but Government plans to dramatically lower the $1,000 GST-free threshold on overseas goods purchased online to $30 presents another potential hurdle.

NSW Treasurer Mike Baird, who yesterday called for the threshold to be lowered, pointed to precedents around the world, including Canada, where tax kicks in on goods priced at $19, and the UK, where $28 is the threshold.

Some believe the change, which was recommended by the Productivity Commission in November last year, could reap millions in revenues and help level the playing field with the local retail sector.

If it goes ahead, both retailers and customers would feel the effects in a market where margins are already tightly squeezed, said Upton.

“Shoppers will be closely scrutinising their purchases and weighing up the benefits of online vs. in store. Retailers will need to ensure they have effective strategies in place to cope with an overhaul of their internal systems, as well as the commercial reality of a possible downturn in online profits,” she said.

The Australian Retailers Association (ARA) believes the current tax exemption affects them, but the commission argues it is only a small part of the competitive disadvantages they face.

It recommended deregulating business trading hours to increase retailer flexibility and suggested other changes to workplace laws may be needed and should be looked at as part of the Fair Work Act review, which starts next month.

There is still consumer appetite for the traditional retail experience and businesses, even if they are "firm on bricks and mortar", are increasingly forming a “dual focus” through an online arm, said Upton.

“There is a need for retail businesses to engage in [the online space] and, unfortunately, I don’t think that they’re in a position to ignore it," she said.