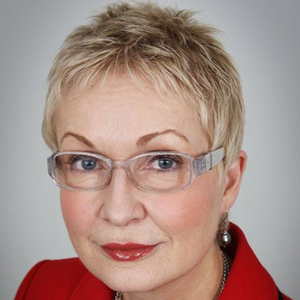 The Attorney-General’s new court fee structure creates financial barriers to justice and is unlikely to promote uptake of alternative dispute resolution (ADR), according to the Law Council of Australia (LCA).

Court fees will now reflect the capacity of different litigants to pay, the Attorney-General Nicola Roxon announced on Monday (10 September). Corporations and the Commonwealth will face higher court fees, while fee waivers and exemptions will be available for disadvantaged litigants.

The new fee structure will see court fees increase, on average, by around 20 per cent, revealed the LCA.

Catherine Gale (pictured), president of the LCA, has acknowledged that the waiver and exemption model will benefit those who can least afford to access the courts, but has also criticised the overall fee structure for limiting access to justice.

Gale highlighted the "significantly" higher costs associated with family law matters, including divorce proceedings. She said it is "disappointing" that the Attorney-General did not consult with industry bodies like LCA, which could have provided valuable analysis on the impact of the fee increases, prior to the announcement.

Gale also criticised increases to mediation and conciliation fees as being contrary to the Attorney-General’s claim that the proposals are designed to encourage uptake of ADR.

“The introduction of these fees will more likely create a further financial barrier to all court users, rather than facilitate the use of these ADR processes,” she said.

“It is a contradiction in terms to say on the one hand that you are encouraging the use of ADR and then on the other hand to penalise court users of these processes by raising the cost.”

Gale also pointed out that the move appears to be at odds with principles outlined in the Commonwealth Government’s A Strategic Framework to Access to Justice in the Federal Justice System report from 2009.

“I am not aware of any evidence to support the proposition that increasing filing fees will cause greater use of ADR and in my experience it is likely to have the reverse effect,” she added.

Effective 1 January 2013, the new court fee structure is part of the Government’s court reform package, which includes changes to the complaints process against judicial officers and the establishment of the Military Court of Australia.

Lawyers Weekly requested an interview with Catherine Gale prior to the release of the LCA's official statement but was told that Gale was unavailable.