Home/
News/
Talking about a resolution

Talking about a resolution 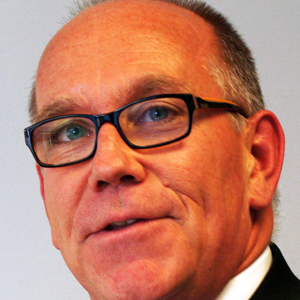 The NSW Government is all talk and no action on giving alternative dispute resolution (ADR) a legislative backing, according to an ADR expert.

Negocio Resolutions director Steve Lancken (pictured) attended the 11th National Mediation Conference in Sydney this month (10-13 September). He recounts some of the event highlights, including a keynote by NSW Attorney-General Greg Smith, and gives his thoughts on the role of government in promoting ADR.

The time has come for mediators and ADR practitioners. There is no longer doubt around whether mediation is useful for clients, customers, organisations and society. The NSW Attorney-General Greg Smith made that point when he opened the National Mediation Conference and acknowledged the long and proud history of NSW in ADR. Now in its 11th presentation, the conference gets bigger with more and more academic rigour every two years.

But does ADR really make a difference?

The conference demonstrated that mediation is used with ever increasing diversity. In addition to family law and litigation, the conference heard how ADR is being used by the Defence Force (which appears to be a contradiction in terms), indigenous communities, workplaces, the media, in ageing communities (elder mediation), nation building in the Pacific, intellectual property, climate change, IT and schools. Ethics and psychology of decision making were hot topics, with disciplines as diverse as social work, anthropology and the law sharing ideas and stories.

People are making money out of providing ADR and jobs are being created. Good people are thinking deeply and with commitment about the moral impact of confidentiality, the power of the mediator and how ADR can be used to contribute to a peaceful and just society.

Mediation touches lives in many ways and judging by the enthusiasm of practitioners at the conference, and that of the Attorney-General, it is abundantly clear that mediation is no “fringe” practice. Rather, it is mainstream (even class actions are being resolved this way).

I am writing this not to argue that mediation is faster, cheaper or better than litigation. The truth is that litigation and mediation offer very different opportunities. What is certain is the longer people fight, especially in the courts, the harder it is to resolve disputes as parties become entrenched by a process that, by its nature, must address the past rather than offer outcomes for the future.

I was therefore surprised that Attorney-General did not use the conference as a platform to announce that the Government would proclaim the “reasonable steps” provisions of Part 2A of the Civil Procedure Act. The Government has so far baulked at its proclamation, fearing consequences such as delays, denial of access to justice and “satellite litigation”. Last August, the Attorney-General said he wanted to see if these evils occurred in relation to the very similar federal legislation (the Civil Dispute Resolution Act). No evils have been uncovered and, while the federal review of its legislation is not complete, if these evils had occurred we would have heard about them.

All this makes the Attorney-General’s continued delay in proclaiming the NSW legislation puzzling. If ADR as valuable as he indicated in his speech, what is the evil in it being considered? And if ADR is reasonable, why isn’t it attempted before litigation commences?

Steve Lancken is a mediator and the managing director of Negocio Resolutions.

Talking about a resolution