Don't criticise what you can't understand 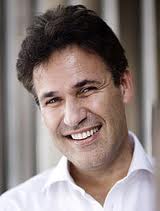 An international legal analyst has told a roomful of Australian lawyers and technology specialists to stop criticising Twitter if they have no knowledge of it._x000D_

An international legal analyst has told a roomful of Australian lawyers and technology specialists to stop criticising Twitter if they have no knowledge of it.

Susskind, who drew the ire of the Law Society of England and Wales in 1996 for “bringing the profession into disrepute” for suggesting that email would be the dominant form of communication between law firms and clients in the future,  said that social media should not be feared by law firms.

“If we had been assembling three years ago most of us would never have heard of Twitter; now there are almost 300 million users,” said Susskind, who addressed the conference via a video link from London, where it was the early hours of the morning. “When I speak to law firm partnerships I often ask them to put up their hands and ask ‘who uses Twitter?’ and only one or two people put up their hands and even then they are pretty reluctant.

“It seems these partners are waiting for Twitter to take off. It has taken off. We are coming across ‘irrational rejectionism’ and that is the idea of dramatically dismissing a technology of which we have no personal experience.

“This is something that will potentially create a great disservice to the firm itself and to clients.”

Susskind suggested it was nonsense for law firms to claim to be innovative but not embrace new technology. He used the analogy of the champion Canadian ice-hockey player Wayne Gretzky once being asked why it was he thought he was such a fine player, and he said that it was “because I skate to where the puck is going to be, rather than where it was”.

“I think there is a great lesson here for lawyers, because very often I find with lawyers when they are thinking about technology or knowledge management, they often are thinking about putting plans in place that would be good for today, while the real trick is to try and anticipate what the market will be like in five years’ time.”

Make yourselves cheaper
Susskind used much of his address to spruik what he sees as the benefits and need for law firms to establish relationships with legal process outsourcing (LPO) providers or to adopt “insourcing” facilities.

Many large law firms, such as King & Wood Mallesons and CMS Cameron McKenna, have formal relationships with large LPO providers such as Integreon.

Clifford Chance established its own knowledge centre in Delhi in 2007, rather than linking up with an LPO provider. The Delhi office of Clifford Chance consists of more than 50 legally-qualified consultants who work under the supervision of a senior Clifford Chance lawyer seconded to the office.

Susskind said that general counsel and in-house teams face constant pressure from senior management to reduce their external legal spend and reduce their own internal headcount.

“They [general counsels] characterise this as the more-for-less challenge,” he said. “How do we find ways of delivering legal services for less cost?

“I believe this will define or underpin the next decade or beyond of legal service.”

He said, for example, that Rio Tinto, which announced it would outsource routine and repetitive legal work to the LPO provider CPA Global in 2009, had saved $14 million on their external legal spend in the first six months of establishing that relationship.

“Any law firm that is not thinking hard about these alternative sourcing strategies is behind the pace,” he said. Clients are putting the pressure on to reduce cost, saying [to law firms] they are no longer prepared to pay for more routine work.”

Susskind offered no analysis of whether the striking of such arrangements on a large-scale level would result in redundancies or a cut in graduate recruitment numbers at large law firms.

The Australian Law Students’ Association and the Law Council of Australia have previously expressed concern at how arrangements struck between law firms and LPO providers might impact on jobs within private practice.

For further coverage of the Janders Dean conference, including what lawyers really want, need and value, see www.lawyersweekly.com.au
Don't criticise what you can't understand