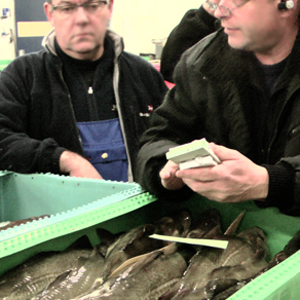 A major review of fisheries legislation over the next three months aims to clarify the extent of ministers’ rights to take precautionary measures, following the ban from Australian waters of super trawler the Abel Tasman.

A major review of fisheries legislation over the next three months aims to clarify the extent of ministers’ rights to take precautionary measures, following the ban from Australian waters of super trawler the Abel Tasman.

Professor Warwick Gullett, director of the Australian National Centre for Ocean Resources and Security, welcomed the announcement of the review by Fisheries Minister Joe Ludwig.

"We do have a lot of uncertainty about the precautionary principle itself, and so if there’s going to be further articulation in the law about the parameters of that right that will be much better for the fishing industry to be sure about the manner in which decisions are going to be made,” said Gullet.

Seafish Tasmania, the company that wants to operate Abel Tasman, has vowed to fight the ban that stops it fishing in Australian waters for up to two years while further scientific research is carried out on its environmental impact.

Legislation passed through the Senate on Wednesday morning (19 September) amended the Environment Protection and Biodiversity Conservation (ECBP) Act to allow for wider ministerial discretion on commercial fishing in response to the super trawler’s arrival.

Essentially, if the fisheries minister and the environment minister agree there is environmental uncertainty there is now a pathway to temporarily stop commercial fishing activity, explained Gullett.

Seafish Tasmania’s director Gerry Geen has indicated the company is seeking legal advice, but Gullett said the operator would face an uphill battle given the courts are generally deferential to departmental and ministerial interpretations of terms.

“Their starting points for working out what the legal standard would be, would be what the [ministers] have decided and they’ll go back to the purpose of this Act and go through the second reading speeches and they’ll realise the Parliament was trying to give both ministers quite broad discretion to determine circumstances in which a fishing prohibition should be implemented.”

Critics of the legislation argue the term ‘uncertainty’ provides open slather for the ministers to ban commercial fishing activity, even in the face of scientific and quota approval.

Gullet said he hopes the review will clarify the extent of ministerial powers to exercise the precautionary principle and allow for greater transparency on how their decisions will be made, “rather than just basing any decision on uncertainty”.

That will give greater confidence to environmentalists as well as the fishing industry, he said.