Africa a rainbow of opportunity 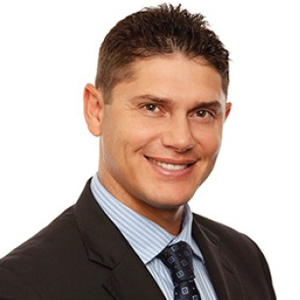 If firms remain enamoured with Asia they may miss out on opportunities in Africa, according to the Queensland president of the Australian African Business Council (AABC).

Speaking with Lawyers Weekly ahead of the Doing Business in Africa conference in Brisbane next Tuesday (9 October), Craig Roelofsz (pictured) warned Australian firms not to put all their eggs in the Asia basket. He advised firms to instead mimic their clients, who are becoming increasingly interested in Africa.

“Everybody in Australia is looking towards Asia and totally ignoring what Africa presents,” he said. “The business world already knows it, but I don’t believe law firms in Australia have quite cottoned on.”

Roelofsz, who is also the principal of M+K Lawyers in Queensland, said his home state is “starting to come alive to Africa”. The event, which is hosted by AABC and Trade & Investment Queensland, is expected to attract around 300 delegates and features a range of speakers, including C-level executives from the resources industry.

He admitted that investing in Africa poses a number of risks, including sovereign risk, but claimed this does not deter his Australian clients.

“Given the little investment [clients] need to make to get a big return they are willing to take the risk,” he said. “The assets are cheaper and they can make a huge return on investment.”

In order to effectively service clients that are investing in Africa, Australian firms must partner with a local firm, continued Roelofsz. He explained that forming alliances with lawyers who understand the African market and can advise clients appropriately is the first step to taking advantage of opportunities in the region. He warned, however, that it may be difficult to find quality lawyers in North Africa, but not so in South Africa.

The next step for firms, according to Roelofsz, is to offer in-house counsel value beyond standard legal services, such as advice on Africa’s market trends. “In-house lawyers need to know there are experts that operate in Africa that they can call on,” he said.

The Doing Business in Africa conference is the second major Africa-focused event held in the past two months. In August, Perth hosted the 2012 Paydirt Africa Down Under conference, which attracted more than 2000 delegates including miners, investors, service providers and government officials.

Africa a rainbow of opportunity