US may hold key to fair trial in Meagher case 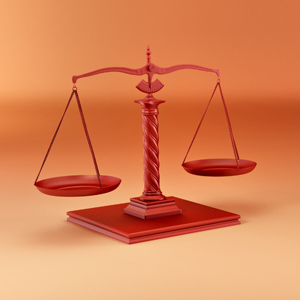 A legal academic has slammed claims that widespread social media coverage of Jill Meagher’s death will prevent her alleged killer from getting a fair trial – pointing to America’s jury selection process as a way to weed out juror bias.

Hugh Selby, an associate professor specialising in advocacy and court craft at Australian National University, told Lawyers Weekly that there is no evidence to support the claim that social media is influencing jurors “to such an extent that they can’t bring an open mind to court”. While he admitted that common law has not yet caught up with social media, he said that blaming social media for juror bias is “bullshit”.

Adrian Ernest Bayley, 41, of Coburg in Melbourne, is charged with the rape and murder of Meagher, who disappeared while walking home from a Melbourne bar on 22 September. Victorian Legal Aid lawyer Helen Spowart applied in the Magistrate’s Court yesterday (October 10) to ban material about Bayley from being featured on the internet on the basis that the “unprecedented attention” may damage her client’s right to a fair trial.

Selby pointed to the American court system as holding a possible solution to perceived obstacles to a fair trial in the Meagher case. In the US, challenging a juror for cause involves extensive questioning of potential jurors by opposing counsel to uncover prejudices, or even elicit admissions of bias, which can then be used as evidence to support the challenge.

But, in Australia, a challenge for cause is considerably more difficult to initiate because “you must have the evidence to hand when you make the challenge, you can’t go on a fishing expedition,” Selby explained. Complicating the matter further is the fact that neither side officially receives any information about the prospective jurors, except their names when balloting of the panel commences in open court.

Australian courts, consequently, tend to be concerned about hypothetical prejudices that jurors may acquire from mainstream or social media, said Selby, “even though there is no evidence that a lack of open mind exists”.

He admitted that jury selection in the US has a bad rap because it can be a lengthy and expensive process. But, he maintained, it is “more than an adequate answer to all the problems that have been raised in the last week or so on the social media frenzy in the Meagher case”.

“When done well ... it’s a very quick and effective way of identifying, and politely taking off the jury, those who shouldn’t be there,” he said. “[The Australian courts] merely need a competent method of questioning that ensures a person who should not sit on a particular trial doesn’t sit there.”

Selby cautioned that this approach should be a fall-back measure applied at the unfettered discretion and control of the trial judge to avoid a repeat of instances when American jury selection has “gone off the rails”.

US may hold key to fair trial in Meagher case