Lawyers cash in on FATCA 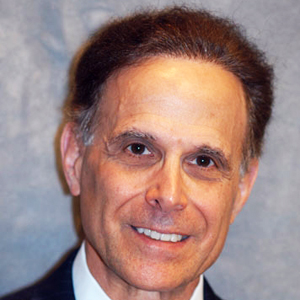 As the US pushes through anti-tax-avoidance legislation, lawyers in Australia are looking at work opportunities that will arise from the “monumental compliance burden” faced by financial institutions, an international tax expert has claimed.

On a visit to Australia, DLA Piper’s Alan Granwell (pictured), who advises multinationals on cross-border tax matters out of the firm’s Washington office, spoke with Lawyers Weekly in October ahead of the release of the final form of the US Foreign Account Tax Compliance Act (FATCA), scheduled for October.

He said Australian financial institutions are becoming increasingly cognisant of the looming legislation that will set in motion “a tremendous compliance and administrative undertaking”.

Under FATCA, financial institutions worldwide will need to identify and supply the details of any US account holder or withhold 30 per cent tax on interest or dividends to those who refuse to declare their obligations to pay US tax.

Granwell claimed financial institutions must comply with FATCA to remain competitive – and this spells work for firms that will advise on the legal requirements of new data management and reporting systems, among other necessary internal changes.

“In order to comply, financial institutions will have to modify their software systems, protocols, procedures and on-boarding – a whole slew of things.”

Lawyers will again be called upon by their clients to advise on planned Australian legislation that will prevent conflicts between FATCA and local privacy and discrimination laws, said Jock McCormack, head of DLA Piper Australia’s taxation practice. He explained that FACTA could potentially clash with the Privacy Act, which prevents the release of personal information to foreign tax bodies, and the Racial Discrimination Act, as US account holders alone are being targeted.

Importantly, the Government will, through an inter-governmental agreement (IGA), attempt to guarantee FATCA doesn’t undermine its double taxation treaty with the US, which prevents the levying of tax by two or more jurisdictions on the same declared income.

Last month, the UK government signed the inaugural IGA in relation to FATCA, which is expected to be the basis of a bilateral agreement between the US and Australia.

“First, we will see the model IGA and ascertain if the undertakings conform to Australian laws,” said McCormack.

But the “big money” for law firms, Granwell discovered, is in developing FATCA-compliant IT infrastructure for financial institutions. He revealed that DLA Piper has teamed up with a software company and IT management consultancy with the aim of rolling out a FACTA-compliant software solution so clients “can have confidence that they’re following the rules”.

“It’s probably wise to invest in a software company at the moment,” he added with a laugh.

He also advised firms that don’t have a taxation arm in the US to form alliances with taxation experts in the country before the legislation takes effect, which was recently postponed by the US Internal Revenue Service (IRS) until 2014.

“The smart move [for Australian lawyers] will be to alert financial institutions to the changes and then collaborate with US professionals.”

But until the Government enters into an agreement with the US, financial institutions will be stifled by the uncertainty, according to Granwell. He urged the Government to sign an IGA as soon as possible to provide “assurances” to institutions so they can begin the lengthy transition to FATCA-compliant systems.

The total cost of implementation will likely far exceed the projected $US8.7 billion the US government is hoping to recoup in lost tax dollars, Granwell added. He pointed out that the Australian Tax Office also faces “tremendous” administration costs as it moves towards a system of automatic information exchange with the IRS.

Lawyers cash in on FATCA