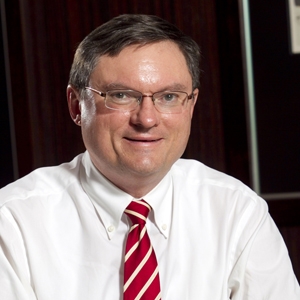 The company voted to retain Merchant on the board at its AGM yesterday (24 October), only after he survived a bid to dump him by disgruntled shareholders.

Merchant, who started the Australian, international brand in 1973, was re-elected with the support of 68 per cent of proxy voters, but faced intense questioning over his perceived role in rejecting a potential takeover offer earlier this year valued at four times the brand’s current worth.

Events at yesterday’s AGM followed Merchant forcing the Australian Shareholders Association (ASA) to retract some of the statements made in its recommendation to remove him from the board.

This was after the ASA recommend that investors vote against the re-election of Merchant and Paull at the company AGM.

“Both Minter Ellison and Allens stated that the ASA document contained errors of fact and sought retraction,” said the ASA.

The ASA responded by retracting certain statements, but reaffirmed that it did not support the re-election of Merchant and Paull.

“At no point does any member of the ASA seek to damage the reputation of any individual,” added the ASA.

“The ASA trusts that this public retraction requested by legal advisers to BBG [Billabong] and Mr Merchant and Ms Paull represents an appropriate clarification of the facts.”

In a statement on Monday, Merchant responded by saying he was “surprised that an organisation like the ASA, which is supposed to represent shareholders, gave advice without checking the facts beforehand.”

In February, TPG offered $854 million, or $3.30 per share, for Billabong, but that offer was rejected. They returned with a significantly lower offer which, after long negotiations with Billabong, was eventually withdrawn.

Billabong shares have fallen to as low as 74.5 cents in recent months, from a one-time high of $17.

At the AGM, Billabong’s outgoing chairman Ted Kunkel said the past year had been the “most tumultuous” in the company’s history, adding that the brand was still open to takeover offers.

The new Billabong chief executive, Launa Inman, a former Target boss, said she will push ahead with its bold transformation strategy, which will mostly focus on the streamlining of stores.

At 12pm EST on Thursday 23 October, Billabong shares were at 90 cents.