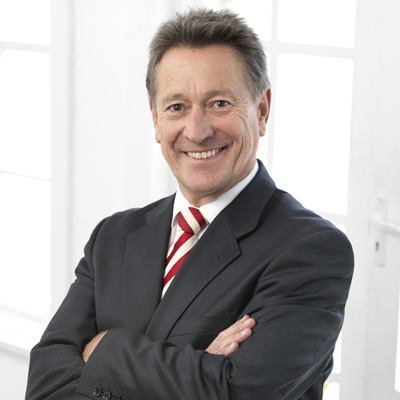 The College of Law announced the largest surplus in its history yesterday (31 October).

A little more than $3 million in profit has been gleaned from the College’s $30 million operating rate according to its CEO, Neville Carter (pictured).

“We’ve had a good year and that’s all towards building the resources we need to fund the next stage,” Carter told Lawyers Weekly.

The next stage means focusing on the practitioner side of the business, which Carter admitted has been a “little more sluggish in its development everywhere”.

“It’s a very, very busy market, but no one in it yet has quite got the formula right for this century,” he said.

For many years the College has been a large provider of pre-admission training: the law student business.

Over the last 10 years, it has focused on establishing interstate operations and grappling with the challenges of online education, said Carter.

The College’s board has just approved the next three-year plan, which involves growing sophisticated education and professional development programs in the practitioner market.

At the moment, programs are confined to Australia and New Zealand and the College’s practitioner market has negligible overseas enrolments. But it has a plan to establish operations, at least experimentally, in Asia over the next three years in the context of its relationship with the English College of Law.

On Tuesday (30 October), the chief justice of NSW, Tom Bathurst, launched the College’s new premises - a larger office space in the same building.

“We’re taking a full floor and built a pretty classy educational school [and] this is a deliberate decision to get focused on the practitioner side of the business,” said Carter.

Specialist practice, targeting generalist practitioners seeking to develop their careers into specialisations or specialists wanting to deepen their skills through the College’s specialist master programs, will be the focus now.

Not about the money

The College had consciously gone out to generate surpluses over the last two years, Carter said, to build capacity to invest in this next stage of programs.

Despite the savings and the expansion plans, Carter is adamant that he is not out to “save a dollar, or make a dollar”.

“If you look at CLE across the board, the hour cost is not significant. The vast majority of our speakers contribute their services free-of-charge, the margins are very skinny, so I think anyone who’s starting with that model that sets out to save money would really be cutting so deeply into the bone,” he said, adding that

quality education is about responsibility to the half a generation of graduates the College trained online in a particular way.

“[They’re] looking around in their CLE markets and they’re not seeing the same stuff available, so it’s about repositioning for the needs of a changing market,” said Carter.

With that said, the College will need to significantly increase the size of its business and revenues in CLE and professional development to make the investment worthwhile.

“It’s not an entirely neutral proposition but certainly not something we see as being a cheaper way of doing things,” said Carter.

The College is currently in a joint venture with the Law Institute of Victoria and Carter said it hopes to work more closely with law societies in the future.