Poll reveals cost of billable hours is too high 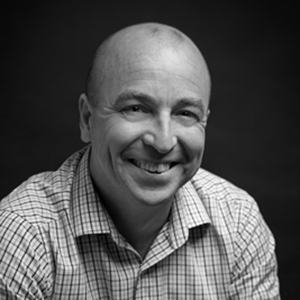 A Lawyers Weekly poll has found that almost half of voters believe billable hours are harmful to the legal profession.

A Lawyers Weekly poll has found that almost half of voters believe billable hours are harmful to the legal profession.

In the website poll, which asked: Is it time to phase out billable hours?, 47 per cent of respondents said they believed billable hours were harmful to the profession.

Thirty per cent of voters in the poll, which attracted more than 400 responses, said billable hours should ‘maybe’ be phased out, but only once a widely-accepted alternative option has been established.

This suggests that many legal professionals are “waiting for someone else to come up and tell us how to bill in an alternative way”, according to Matt McCormick, the founder of newly-established Brisbane firm McCormicks Law and Consulting.

McCormick (pictured) is focused on implementing “value-based billing” at his new firm.

“It took a long time for me to have the courage to break out and start a firm on a platform that doesn’t use time as a core component for the basis of the relationship with your customers and also the way that you deal with your staff and your colleagues,” he said.

It can be very demoralising to highly-educated and creative individuals who have to justify daily timesheets to clients as well as management within a firm, McCormick said, adding that it stifles innovation and forces lawyers to focus on a spreadsheet as opposed to what their clients are engaging them for.

“When you give a client a bill that’s based on time billing what you’re showing them is the labour pains when all they wanted to see was the baby,” he said, quoting Ron Baker, one of the founders of the VeraSage Institute.

Thirteen per cent of respondents to the poll said that timesheets were the best way to charge clients and measure a lawyer’s productivity, but legal professionals like McCormick, Solomon, John Chisholm, Michael Bradley and Joydeep Hor disagree with that view.

“It’s hard to convince people who are making profit to change... it’s risk free for the firm, but it’s sub-optimal,” said Solomon, “it’s profitable, but only for the partners, it burns out the young lawyers and creates great resentment within the profession and certainly within clients, so it’s not doing us any favours."

That gulf between the risk and the relationship can be unbridgeable, said McCormick.

“If you’re prepared to share the risk then your relationship only gets stronger,” he said.

True alternatives
Ten per cent of those who responded to Lawyers Weekly’s poll believe it’s time to phase out billable hours because clients are already demanding it.

Some firms have responded to this demand by offering fixed-fee alternatives, but McCormick is not convinced that this represents anything different than hourly billing.

At his previous firm, Walsh Halligan Douglas (WHD), where he was managing partner, there were some areas of practice that used fixed-fee billing, but McCormick said it was based on the time taken in the past to do a similar activity.

Solomon described the practice as time billing in drag. One way BBV looks at pricing in terms of value to the client is through reference to metrics used by the Federal Court cost scale.

The scale assesses the value and cost of matters by the complexity of the matter; the difficulty or novelty of the questions involved; the skill, specialised knowledge and responsibility involved; the period during which the work was done; urgency; time spent on performing the work; the quality of the work; the number and importance of the documents prepared and read, regardless of length; the amount or value of property involved, and any other relevant matter.

“What’s interesting to me is that really time is just one of the factors that they look at, there are all these other subjective elements,” said Solomon.

“If the Federal Court is willing to recognise that value is subjective, it’s amazing that we don’t as lawyers, we still adhere to this rigid idea that there’s once price for everyone and that’s it.”

Some customers place high importance on turnaround time, others place it on their ability to contact you where and whenever without being charged in increments of each phone call.

“You don’t need to boil the ocean to make a cup of tea,” said McCormick.

Lawyers may be very good estimators, he said, but hourly billing has stifled their ability to develop pricing skills.
“No one teaches lawyers how to price in the way that other industries develop a great skill in pricing and value,” he said.

BBV has been working on phasing out billable hours for almost three years and Solomon said the firm is only now starting to get the feel for pricing based on value.

He said BBV has attracted a number of sophisticated clients, including a large fund manager in Melbourne, solely because they have heard about the firm’s alternative pricing.

“These clients are good users of legal services, they’re commercial people and they’re tired of the mystery bill at the end of the month showing how many hours are spent,” said Solomon.

“Timesheets themselves are one of the key problems with client’s perceptions of the profession as being outdated and rapacious and lawyers themselves finding this interminable adherence through capturing and recording hours as soul destroying.”

Poll reveals cost of billable hours is too high