Global onslaught to slow down 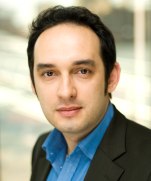 A consultant who has quizzed global law firms believes 2013 will see the brakes put on the expanding Australian legal market.

Last week, strategic communications consultancy Pier Advisory released the first tranche in a wide-ranging survey of 57 organisations, 45 of which were law firms, including firms that have recently entered Australia.

Despite the recent rush of global law firm entrants, with rumours Freshfields will be the next major firm to enter Australia, Pier Advisory managing director Jeffrey Naqvi (pictured) said the rate of recent growth could not be sustained.

“I don’t believe there will be a high number of global law firms entering the Australian market next year,” he told Lawyers Weekly. “2013 will be a year of consolidation.”

The survey found that Australia came on the radar for 42 per cent of firms in the last three-to-five years. Contrary to popular belief that entry into Australia was part of an overall expansion plan in the Asia-Pacific, almost three-quarters of those surveyed (73%) said that entering Australia was not part of a gateway strategy into Asia.

“A lot of the marketing spiel that has accompanied such market entries often talks about ‘connecting up to Asia, seamless client service to the Asia-Pacific’ and so on,” said Naqvi. “What was refreshing to note was that speaking to the senior players up close, you realise that they just want a piece of the action here whilst the world’s markets are cooling at pace.”

Naqvi’s views differ from that of many legal commentators, such as former Middletons managing partner and legal consultant John Chisholm.

He believes that the poor state of the American economy means that expansionist American firms will need to seek fresh markets to sustain further growth.

“You will find more American firms coming in [to Australia],” he said in July. “With many of those firms they are tied to a growth strategy and, if you can’t grow in your existing market, you look at where the growth is.

Melbourne matters
The most popular route for global entrants into Australia has been to open offices in Sydney and Perth. This east-coast – west-coast strategy has been adopted by Allen & Overy, Clifford Chance and, more recently, Squire Sanders. The American-based global firm opened its Sydney office this month, 13 months after launching in Perth.

The rationale behind such moves is that Perth offers a chance to cash-in on the resources boom, while a single office in Sydney is sufficient to muscle in on the domestic firms with expertise in M&A and banking & finance work.

“Melbourne still has a lot of attraction for global firms,” said Naqvi. “In energy and resources, much of the associated infrastructure and transport and logistics work is run out of the Melbourne office of national and global firms.”

Naqvi said there would be further information released from the survey, which was conducted between April and October, between now and early 2013.

Global onslaught to slow down