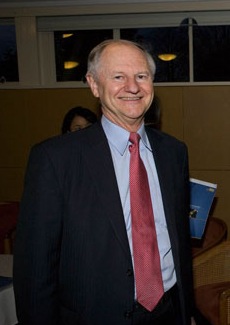 A co-author of the Federal Government’s Asian Century white paper has criticised Australian law firms for not committing to having more senior partners on the ground in Asia.

A co-author of the Federal Government’s Asian Century white paper has criticised Australian law firms for not committing to having more senior partners on the ground in Asia.

Speaking at a Baker & McKenzie panel discussion in Sydney yesterday (20 November), professor Peter Drysdale (pictured), an expert in East Asian economics and government at the Australian National University, said firms need to start conducting Asian business in Asia, not from their home base.

“Despite the experience and the assets of Australian-based firms in Asia, those assets are still undervalued in the profession,” he told Lawyers Weekly.

“There are very few senior partners with on-the-ground experience in Asia. Asian business has thus far been conducted in another hemisphere. That's going to have to change, probably in a big way for many firms,” added Drysdale, who is a leading intellectual architect of APEC and the author of several books on foreign investment and economic policy in Asia.

Law firms have been at the frontier of business engagement with Asia because of the large-volume trade and high-value investment business into Australia from Asia, he said.

Drysdale added that law firms have commonly had a stronger presence in Asia than other professional or commercial businesses.

“Australian firms, because of their assets, are now a focus of globalisation strategies that increasingly encompass an Asian priority,” he said.

Drysdale singled out King & Wood Mallesons’ Blueprint for the Asian Century as an example of a firm developing “highly innovative strategies” for building their business in Asia.

In response to Drysdale's remarks, Baker & McKenzie managing partner Chris Freeland told Lawyers Weekly that "in order to be a successful business in Asia, you need people on the ground, not just fly-ins".

"It’s important to have people who know and understand the culture, and speak the language," he said, adding that Bakers provides this offering across its Asia Pacific operations.

“When you’re a medium-sized company and you’re trying to go into a very big market that you don’t quite understand, you’re taking an enormous risk,” said McKay, “you’re going to have to tie up a fair bit of your balance sheet going into this extra market.”