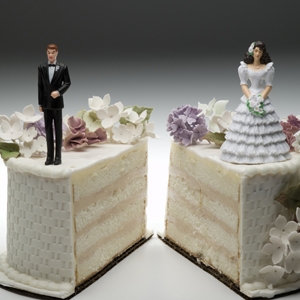 One of South Australia’s most prominent judges resigned last week, saying he would not return to a marathon multi-million dollar divorce case involving an Adelaide law firm.

One of South Australia's most prominent judges resigned last week, saying he would not return to a marathon multi-million dollar divorce case involving an Adelaide law firm.

At a hearing of the case on 23 November, filed against Donaldson Walsh Lawyers by a divorcee who cannot be named, Supreme Court Judge Robert Lunn, who has presided over the lawsuit since 2010, unexpectedly announced he was resigning.

According to Adelaide Now, counsel for the lawyers requested a hearing date to further discuss the case, only for Lunn to interrupt, stating:

“That will need to be heard before someone else, because I'm not coming back to do it.”

“This (case) has already had a lot of twists and turns, and I'm not volunteering to come back to it.”

The divorcee is challenging Donaldson Walsh in court over a $4.12 million legal bill for services it has provided during the case, a small slice of the $36 million the former couple have spent on their divorce so far.

The woman argues the firm needlessly generated 23,000 documents and 480,000 computer files about the matter, reports Adelaide Now, which added that Donaldson Walsh has offered an out-of-court settlement of $800,000, but say the remainder of her refund must come from their former partner, Alan Branch, who was the principal on her case before going on long-term sickness leave.

Lunn, who was named a Master of the Supreme Court in the mid-1980s and wrote Civil Procedure South Australia and Criminal Law South Australia - two important works on the operation of the law in the state, was set to retire next year when he reached the mandatory judicial retirement age of 70.

Adelaide Now reports that Lunn added at the hearing: “After 29 years as a Master and a judge, I would only have had nine months left (after my leave) if I did not resign.

"I decided now was the time to go, and the rest of the Bar can amuse itself."

The divorce case has been adjourned until March.

From 1 December, Mark Gowans, Melanie Bird and Liam McCusker will join the partnership, while Christian Munt will take up the role of in-house counsel. All four are currently members of the firm’s commercial disputes & insolvency practice.