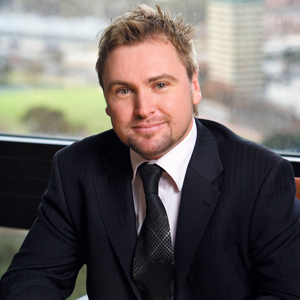 Maurice Blackburn has settled a shareholder class action with agricultural company Nufarm for $46.6 million, up from $43.5 million announced in August, avoiding a potential court ruling on indirect causation and loss calculation.

Jason Geisker (pictured), principal at Maurice Blackburn, told Lawyers Weekly that with so few shareholder class actions making it to final judgment there is no guidance on assessing damages for an alleged breach of  continuous disclosure obligations. He believes this may be one of the reasons Nufarm agreed to pay an extra $3.1 million to facilitate a settlement relatively early on in the proceedings.

“It becomes very risky for the parties to go forward to a trial and final judgment not knowing what the ultimate outcome will be on the law and not knowing which way the judge will go on the approach to loss,” he said.

More than 3000 Nufarm shareholders, including investment banks, super funds and ‘mum and dad’ investors, alleged the company’s profit forecast of between $110 million and $130 million for 2009-10 was misleading or deceptive. Shares dropped from $5.35 per share to $3.25 per share in one week after the company reduced its profit guidance to between $55 million and $65 million.

Geisker believes claimants should be able to rely on indirect causation when arguing that misleading or deceptive conduct resulted in shares being purchased at an inflated price. But Australian law’s position on this issue has not been determined by the courts, he added.

While Geisker claimed uncertainty doesn’t work in any party’s favour, if an Australian court rejects indirect causation then plaintiffs may face the tougher task of proving they relied on the misleading or deceptive information.

Other loss measures have included: the difference between the price at which the shareholder bought their interest and the market price that would have prevailed but for the contraventions, and the loss of opportunity to achieve a reasonable rate of return on the money used to purchase the interest in the securities.

“The numbers can be vastly different depending on the loss calculation, so it’s prudent for companies to try and resolve the litigation if they can rather than take the risk that they’re wrong about their view of loss and causation and end up paying significantly more,” said Geisker.

If companies heed Geisker's warning, it may be some time before a method of loss calculation is supported by case law.

“If you’re an investor it’s not in your interest to have your money tied up in the courts for a long wait for what might be the same or less return ... [and] even a final judgement would probably not determine the rights of the parties, with appeals likely all the way up to the High Court.”

Even though Nufarm, by settling, avoided an admission of fault, Geisker claimed that class actions still act as a financial deterrent against companies engaging in unlawful conduct.

Two class action claims were commenced against Nufarm – one by Maurice Blackburn in 2010, the other by Slater & Gordon in early 2011. These actions were consolidated in August 2011. They have since been jointly prosecuted by the two law firms, which Geisker described as a “novel process”.