Poll finds law not living up to great expectations 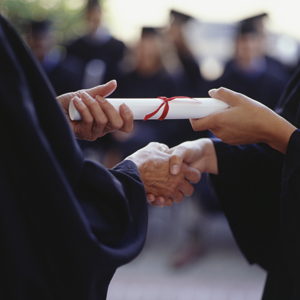 A majority of lawyers surveyed wish they were working in a different career.

In a poll on the Lawyers Weekly website, which asked: Is life as a lawyer what you thought it would be when you were a student?, more than 37 per cent said ‘No, I wish I was working in a different career’.

Only 11 per cent of the 444 respondents to the poll said their law career had fulfilled all their expectations.

A high number of voters (36.7%) said it was what they expected ‘in some ways, but not in others’, while 15 per cent said it was ‘nothing like what they thought it would be’.

“I’m disappointed that only 11 per cent said it met their expectations,” said Michael Holcroft, president of the Law Institute of Victoria (LIV).

President of NSW Young Lawyers Greg Johnson agreed it was “upsetting” but said the results were consistent with feedback from last month’s Young Lawyer Annual Assembly.

Delegates at the meeting with 0-1 years PQE reported feeling that they weren’t given as much respect or recognition for their abilities compared to their peers in other professions or careers.

They were also concerned about hours and being thrown in the deep end. Many of the group members were themselves thinking they’d remain in the profession only for two or three years, said Johnson.

The majority vote, indicating a desire to be in another career, could be a reflection of ‘the grass is always greener mentality’, which Johnson said people are entitled to feel when they’re working hard and feeling underappreciated, but not to the extent that they’ll jump careers.

“A lack of positive or any feedback on the work their doing explains why they might feel some disconnect from that reality,” said Johnson.

Expectations cultivated during four years of university studying black-letter law and ideals of justice can be very different from the economic realities of legal practice.

“They want to feel that they’re making a difference, they’ve probably been imbued with that idea in law school to some extent; that practising law is about trying to help people; make a difference in people’s lives,” said Johnson.

Legal practice also differs depending on the area of the profession. Practising in a community legal service is different to practising in the corporate sector, a traditional general practice or in a large law firm.

Given the oversupply of law graduates, some will take jobs where they can get them, rather than in places they are passionate about, said Holcroft.

Michael Bradley, managing partner at Marque Lawyers, estimates the oversupply is about three students for each legal job.

“It's a ridiculous waste of talent,” he tweeted today (7 December).

In the deep end

Preliminary results of a LIV study into young lawyer and employer expectations show that graduates believe they are better prepared for legal practice than employers believe they actually are.

Holcroft said this is largely due to inadequate business training in university and PLT courses that “ignore the economic realities and the level of regulation and detail that is required in actually practising law”.

Holcroft admitted to being “dazzled by the spotlight” when he first began working as a lawyer.

“I remember going ‘gee whiz there’s so much that I’ve got to remember … I’ve got to learn new office procedures, court procedures; remember what I learned in civil proceedings three years ago’, especially in my articles year, and I still see that with some of the younger lawyers I have going through my practice,” he said.

PLT training also doesn’t prepare lawyers for one of the most challenging aspects of the job: dealing with the personal and background issues of clients who are often seeking legal advice in their hour of need, said Johnson.

Holcroft said he studied law because he wanted to make a difference but that it becomes frustrating when he sees people who aren’t qualifying for legal aid because “the Government’s not properly funding things” or that a court process is going to be long and too expensive.

It’s problematic if you bring an attitude to the law that suggests that legal problems and people’s problems generally can be sorted out easily or with complete satisfaction, said Johnson.

“Legal procedures underpin our way of living and are ubiquitous in everything we do, but I often feel challenged because they’re merely one way of people achieving particular outcomes in the problems that they face in their life and so that lack of perfection needs to be at the forefront of everyone’s mind,” said Johnson.

Poll finds law not living up to great expectations