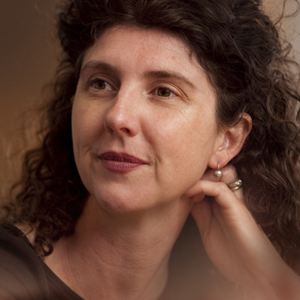 Sydney radio station 2Day FM has likely breached state laws by recording a prank call to the London hospital where the Duchess of Cambridge was being treated, a media expert has claimed, as the industry regulator hints at an investigation.

Justine Munsie (pictured), partner at Sydney-based Addisons Lawyers, told Lawyers Weekly that 2Day FM may face criminal charges for recording a telephone conversation without the consent of King Edward VII hospital nurse Jacintha Saldanha. The 46-year-old mother of two was found dead last week (7 December), days after being duped by two of the radio station’s DJs into putting through a call to the ward where Kate Middleton was being treated for morning sickness.

The Surveillance Devices Act 2007 prohibits the recording of phone calls unless all parties provide express consent.

The prank call, which was reportedly pre-recorded and screened by the station’s lawyers before being aired, breaches the Act, said Munsie. “[The broadcasters] decided to go ahead without consent.”

Meanwhile, Southern Cross Austereo, which owns 2Day FM, could face disciplinary action from the Australian Communications and Media Authority (ACMA) for violating the watchdog’s commercial radio code of practice. The code prohibits radio stations from broadcasting the words of “an identifiable person” unless that person is aware that the words may be broadcast.

Chris Chapman, chairman of ACMA, said in a statement that he would be “engaging with the licensee, Today FM Sydney, around the facts and issues surrounding the prank call”.

But Munsie claimed that it could be “tricky” for ACMA to make a case against the radio station.

She explained that 2Day FM would likely argue that Saldanha was not identifiable because her name wasn’t used and she is not known in Australia, even though her place of work, position and voice were broadcast.

“It’s a reasonable position for 2Day FM to take,” she said. “It’s not surprising that lawyers would have cleared [the call] because it didn’t seem she would be identifiable.”

But what the station didn’t count on was the broadcast going viral, Munsie continued. ACMA could therefore argue that, given the call was related to the royal family, Austereo should have known it would spread to a jurisdiction where the nurse could be identified.

“A broadcast about a member of the royal family was clearly going to go beyond Australia,” she said. “The question is how far ACMA will take it and extend their reasoning.”

Munsie does not believe, however, that the radio station will be sued for negligence in connection with Saldanha’s death.

ACMA, which has the power to revoke a radio station’s licence, can impose conditions on Austereo, such as including prank call procedure in the training process, said Munsie. The regulator does not, however, impose fines or prosecute DJs, she added.

Earlier this year, 2Day FM had a licence condition imposed on it after DJ Kyle Sandilands insulted a female journalist. The radio station was also reprimanded in 2009 in relation to an interview with a 14-year-old-girl who said that she had been raped aged 12. Sandilands reportedly asked: “Right, and is that the only sexual experience you’ve had?”