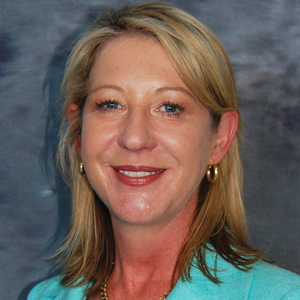 K&L Gates has entered the Australian market with the appointment of Andrea Beatty, who suddenly left the partnership of HWL Ebsworth late last year.

Last month, Lawyers Weekly exclusively broke the story that Beatty (pictured), the head of the financial services and regulatory practice group at HWL Ebsworth, had quit the firm on 27 November.

It is believed that K&L Gates, which entered the Australian market via a merger with the local mid-tier firm. Middletons on 1 January 2013, secured the services of Beatty shortly after the merger was announced on 3 December.

“I am pleased to tell you that I have been voted in as a partner of Middletons - to be K&L Gates from 1 January - part of a global / USA law firm – they have an enormous financial services and consumer banking practice that matches mine – very unique,” is how Beatty announced her move to one associate just before Christmas.

In speaking to Lawyers Weekly this afternoon (7 January), Beatty said that she would only have left Ebsworth for a global firm.

“The key thing that swung it for me is that if you go onto the K&L Gates website you will see under financial services that there is a page that says consumer banking,” she said. “That exactly mirrors the activities of my clients.

“Many of the traditional top three or four law firms are not interested in that space, so it is remarkable to see this global practice out there and for me to be in an environment where I can grow and learn and develop from people with expertise worldwide is so exciting.”

It’s important to have fun
Lawyers Weekly has been told by people that have worked with Beatty that her approach had caused some disquiet with some staff at HWL Ebsworth.

Beatty said that it is unfair to characterise her as a harsh taskmaster when questioned by Lawyers Weekly .

“I think we are very much a team of people that are collaborative, honest, hardworking and trustworthy,” she said.  “W also have a lot of fun, we do a lot of social things together.”

Beatty is joined at K&L Gates by a number of members of her team from Ebsworth, including senior associate Daad Soufi, Abhishek Bansal and her administrative assistant Joanne Eslick, who has worked with Beatty since 1995.

Prior to joining HWL Ebsworth in 2009, Beatty was a partner for more than a decade at King & Wood Mallesons.

K&L Gates has more than 2000 lawyers spread across 46 offices, 11 of which are in the Asia-Pacific region.

Stephen Cavanagh has replaced Beatty as the head of the financial services and regulatory practice group at HWL Ebsworth.