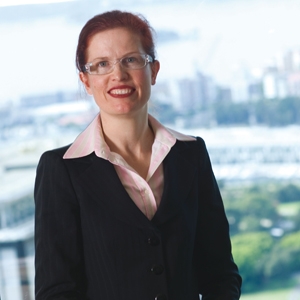 Law firms believe M&A activity in Australia will strengthen in the early part of 2013 as the sector recovers from the significant hit it took last year.

According to a leading Mergermarket survey, bidders looking for a target in the Asia-Pacific region accounted for 414 announced M&A deals in Australia for 2012, totalling $US46.7 billion, third behind China and Japan.

The Australian result was down from $US79.3 billion the previous year, while the figure represents a fall of more than 50 per cent on the 2010 total of $US106.3 billion.

This slide is further highlighted by Australia’s dwindling market share of M&A activity in the Asia-Pacific in the past two years.

Mergermarket noted that M&A in Australia represented just 10.6 per cent of the region’s activity in value last year, down from 19.6 per cent the previous year and 22.9 per cent in 2010 - a year when Australia outstripped China in deals.

However, despite the shrinking figures, which the report blames on a “drop off” in energy and resources deals, law firms here have forecasted an improvement for the coming year as rising commodity prices rekindle investor interest.

“Last year was tough for M&A, particularly the classic form of it, due to confidence issues in the market, but we were kept busy with less traditional forms, such as mining services.”

HSF topped the Mergermarket deal value table on announced deals with US$21.63 billion, a  good distance clear of second-ranked Allens with US$15.56 billion, which was ranked first last year.

National firms Clayton Utz, Gilbert + Tobin and Minter Ellison all made the top 10.

Maslen-Stannage said Freehills’ merger with Herbert Smith last year had strengthened the firm’s position as the leading player for M&A in the Asia-Pacific.

“The merger is doing very well for us in Asia across the board,” she said. “It gives us the ability to apply our M&A credentials and experience in Australia and combine that with the great platform Herbert Smith has in Asia.”

Norton Rose was the other big mover, jumping from 53rd to 11th place.

Maslen-Stannage said firms are keeping a keen eye on speculation surrounding a number of imminent multi-billion dollar deals, such as the Australand bid, which may trigger an upsurge in confidence in the M&A market.

“If you have one high-profile property transaction like that, and the deal goes through, it can genuinely be like the genie coming out of the bottle for property M&A,” she said.

“If one or two bravely do a deal you’ll find it will open up the market and others will follow … because they’ll have the confidence to go ahead with a deal they’ve wanted to make but were too nervous in a more skittish market in 2012.”

The Mergermarket survey showed that global M&A activity fell in 2012 from the previous year and was the lowest for deal values since 2010. The value of deals, at $US2.17 trillion, was down 2.7 per cent on 2011.

Meanwhile, the Dealogic M&A league tables for 2012 paint a similar picture for law firms in Australia.

HSF again ranked highest for both deals completed (90) and deal value, with US$25.97 billion, which represents a 23.1 per cent market share, pipping KWM (19%) and Allens (16.4%). Gilbert + Tobin broke up the top-tier monopoly at the head of the table by taking 13.8 per cent market share.

Minters, Corrs Chambers Westgarth and Clayton Utz also all made the top 10.

According to Dealogic, Australian investment-banking revenue weakened to its lowest ebb since the GFC last year, falling almost one-fifth to $US1.9 billion from $US2.35 billion.

The study also showed that the Australian IPO market was particularly gloomy last year, with its results lagging well behind the global average and a fraction of the level of 2010.