Legal tech team in the money 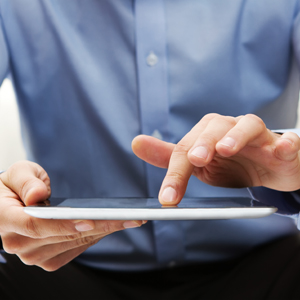 A Corrs Chambers Westgarth technology team, which developed an app for use within the firm, is now selling an updated version to the wider profession.

On Monday (21 January), after a year-long trial at Corrs, they launched the app, rebranded as Casefolio, to the wider legal market.

They’re charging $18.99 per download, per lawyer, and the app has already been downloaded more than 300 times.

“There was one key moment …after a presentation I did on Corrs Briefcase, where there were quite a few smaller law firms that came to me and said they’d love to have a tool like that available to them but [they] didn’t have the resources to develop an app like that,” said Borskjaer.

The app is designed to import and export documents for use in courts, mediations, arbitrations and conferences with witnesses and clients. It aims to make it easy for lawyers to quickly locate specific information in court or elsewhere.

It also allows annotations and voice notes to be added to documents; a feature not originally included in Corrs Briefcase.

“One of the prime differentiators for our app as opposed to anything else in the market is the use of metadata ... if you just whack a bunch of PDFs onto your iPad you lose all of this information and are left with whatever cryptic title the PDF has and that’s how you have to identify things,” said Grovum.

“What really sets us apart is the ability to get all the additional information about the document and then record exactly what your decisions are and tack that on.”

Corrs received the Lawtech Award for Innovation in Legal IT at the Chilli IQ Lawtech Summit & Awards 2012 for developing the app.

“We were just up in Queensland for the opening of the e-court for their Supreme Court and one of the export types that Casefolio has is virtually identical to what the court will receive as electronic data when you’re submitting documents. So you can pretty much go straight from Casefolio and file to the court,” explained Grovum.

The app doesn’t require any “babysitting”, he said, but he and Borskjaer will look to incorporate new and relevant functions as the technology progresses, using the revenue the app generates.

Corrs owns the IP and has provided the licence to Corrs Enterprises Pty Ltd to sell the app.

In the meantime, Grovum and Borskjaer said they don’t have any plans to move to Silicon Valley but already have a few ideas, not constrained to iOS apps or iPad apps, to help lawyers work more efficiently.

Legal tech team in the money

Last Updated: 26 January 2013 Published: 25 January 2013
Do you know remarkable women in the legal industry leading the charge? Recognise these women as role models for the future female leaders in law, by nominating them for the Women in Law Awards 2021. Not only will you be showcasing their achievements and propelling their career, you will also be taking the first step in giving them the recognition they deserve.
Visit womeninlaw.com.au