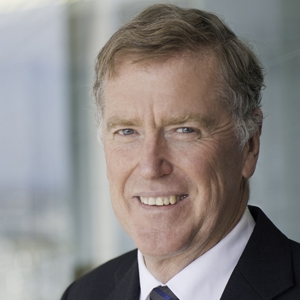 Gilbert + Tobin has beaten off competition from rival firms to secure what could potentially be a multi-million dollar appointment as advisors to the Catholic Church in the Royal Commission into Institutional Responses to Child Sex Abuse.

The firm is set to play a key role in the most comprehensive investigation ever into child abuse in Australia following its successful submission to the newly-formed Truth, Justice and Healing Council.

The Council has been established by the Catholic Church to address its participation in the Royal Commission, which is due to begin in the next few months.

G+T’s managing partner Danny Gilbert (pictured) confirmed to Lawyers Weekly that the firm is currently undertaking preliminary work for the Council and is finalising its team to work on the matter.

So far this includes Gilbert, who will lead the team, and partners Kate Harrison, Steven Glass, Colleen Platford and Andrew Floro.

Gilbert has described the brief from the Catholic Church as a “major matter that will require many hands”, adding that it's “a great honour to have been asked to undertake this very important work”.

He revealed that at this initial stage the scope of work the firm will be required to do is unclear, with quite a lot of what they will be asked to advise on not yet known as the Royal Commission is still ironing out how the whole thing will be managed.

Although G+T has previously performed pro bono work for religious congregations, this is the first time it has been engaged by the institutional church.

The Truth, Justice and Healing Council is being headed by retired Supreme Court judge Barry O'Keefe, as chairman and a prominent layman.

He is also a brother of Australian rock and roll pioneer Johnny O'Keefe.

On 11 January, the Federal Government formally established the Royal Commission, with Justice Peter McClellan appointed as chair of a six-member team of commissioners.