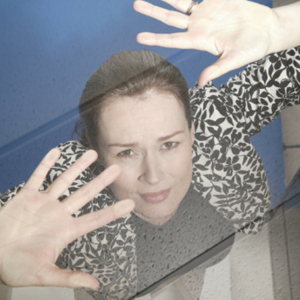 Male partners in law firms must acknowledge they are biased when it comes to hiring women if diversity figures in the profession are to improve, an expert has claimed.

"Unconscious bias happens all the time. We don't have the time, as we go through life, to think about and consider the assumptions we make," he told an audience of about 30, mostly women.

During one focus group Smith held with a group of men, one said: “If I'm looking at a women who's in her late 20s, maybe early 30s, you know she's probably going to leave and have kids so I don't think I'll promote her.”

“That was a rare degree of honesty," said Smith.

When the audience yesterday was asked what assumptions they might make, as women, about the senior male partners in their organisations, one responded: "He doesn't understand; his wife doesn't work and he doesn't have to do anything at home." A second said: "Sometimes they think 'oh she won't want to be partner, she's having, or has had, kids'."

According to Dr Daniel Kahneman, a psychologist and winner of the 2002 Nobel Memorial Prize in Economic Sciences, people who are cognitively busy are also more likely to make selfish choices, use sexist language and make superficial judgements in social situations.

Smith explained how people's, particularly lawyers', cognitive stress level automatically impacts on the types of decisions and judgements they make. Familiarity, he said, after rattling off various experiments on bias and familiarity, makes it easier for their brains and breeds comfort.

"There's a link here between senior partners working in a particular way, not having the family responsibilities, that's familiar to the men and so that's easy," said Smith.

In the US, where Smith is from, men sometimes have a sense that they're ‘the bad guy’; somehow it's their fault and they feel defensive about it, he said.

"[We need to] kind of neutralise that; say 'this is something we all do, in both directions, you're not the problem. In fact we have to make you part of the solution'," he said, adding that the next step is to eliminate bias by setting a very specific goal or intention.

For more detailed coverage of Women Legal 2013, including more on Smith's keynote address, see Lawyers Weekly magazine next Friday. Other speakers at the conference included Dianne Beer, special counsel at Herbert Geer, Kristen Lopes, a partner at Colin Biggers & Paisley and Patricia Monemvasitis, a partner at Carroll & O'Dea Lawyers, who each discussed their personal stories, challenges and tips for successfully progressing their careers while having a family life.