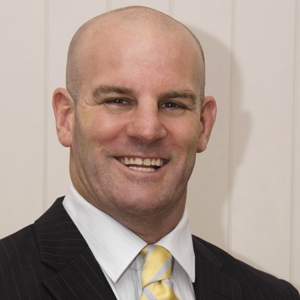 The Government report alleging widespread doping in Australian sport and links to organised crime will create enormous professional liability issues for sporting organisations, according to a leading sports lawyer.

The year-long investigation by the Australian Crime Commission (ACC), described as a major blow to professional sport’s integrity in Australia, found that the use of banned drugs had been “orchestrated and condoned” by coaches, sports scientists and support staff across multiple sporting codes.

Fuller has described the clubs as the “sleeping giant” in the controversy, claiming that they face massive liability issues, which are likely to end in legal action.

“What gets lost in the wash-up of all this is the role of the employers: the clubs … and the liability they potentially face,” said Fuller.

“When you’ve got a club that has employed a nutritionist or sport scientist who has embarked on a program within the workplace, and all players have been given directive to take a particular supplement or partake in a particular program, ultimately I think there’s considerable liability issues for the club as the employer.”

Under current anti-doping laws, players are ultimately responsible for what they ingest. This means a player who has tested positive for a banned substance will be sanctioned under the strict liability rule enforced by the World Anti-Doping Agency, to which most Australian sporting codes are compliant.

However, the report claimed that in some cases sports scientists had orchestrated the doping of entire teams, where players were administered with drugs not yet approved for human use.

“We’ll see players starting to query some of the directives set down by their club,” said Fuller, before adding that, “ultimately there will be action against the clubs and potentially the leagues in relation to some of the things starting to unfold.”

“When employers breach their duty-of-care to their employees within the workplace by implementing these types of programs, where players are directed to participate, there’s going to be issues,” he said.

Fuller described the report as a “landmark for Australian sport” and welcomed the Government’s tough new laws designed to catch doping athletes.

Not so keen on the new legislation is the Australian Lawyers Alliance (ALA).

In a statement released yesterday (11 February), the ALA expressed concern over the Government’s plan to remove privilege against self-incrimination and to compel witnesses in Australian Sports Anti-Doping Authority (ASADA) investigations.

The proposed new laws would require athletes to attend interviews and answer questions posed by ASADA. It would also force athletes to produce documents relevant to any doping investigation.

“In our criminal justice system it is the investigating agency - an arm of the State - which has to prove its case against an individual,” said Greg Barns, ALA criminal law spokesman.

“And that’s why the right to remain silent is so important. These criminal justice principles apply equally to bodies like ASADA.”