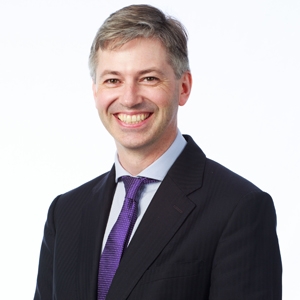 Queensland firm McCullough Robertson has hired a top European lawyer to chair the firm’s international group, and reiterated that it has no intention of jumping on the Australian merger merry-go-round.

John Kettle (pictured), a competition, utilities and privatisation expert, has relocated from London where he established and ran the London office of Irish firm Mason Hayes & Curran.

Kettle has been quick to point out that it was McCullough Robertson’s staunchly independent standpoint that attracted him to the position.

“While running an international office in London it became apparent the Australian legal market was globalising though the international mergers … that there was a lot of investment flowing in,” he said.

“When I looked at all the other national firms merging in Australia, the proposal from McCullough Robertson spoke for itself really. I saw there was space there for a strong independent firm like the one I’ve joined; it was too good to turn down,” added Kettle.

Dividing his time between the firm’s Sydney and Brisbane offices, Kettle will be working closely with fellow competition lawyer Paul McLachlan. In his role as chairman of the international group Kettle will be engaged in plenty of client-facing work, chiefly with an international flavour.

“To have international client relationships is important, McCullough Robertson has that, and they’re very determined to stay independent and go after that market space,” he said.

“This firm has a good brand and good international work, and I think there is a real gap there in the market we can exploit.”

McCullough Robertson said its competition practice will be a “national offering of international quality” and the appointment of Kettle will help propel the firm forward to make it a major player for international work in Australia.

He believes that it’s a prerequisite for an independent firm to meet the demands of both the Australian and international markets. “We do not take the business of either for granted,” he said.

McCullough Robertson chairman, Brett Heading said: “We are excited to have John join our team, he brings with him a wealth of transactional, advisory and international experience well suited to the Australian legal market in these times of increasing globalisation.”

Kettle’s relationship with McCullough Robertson also extends into his personal life, with his wife, Susan Frisby, being a former lawyer at the firm.