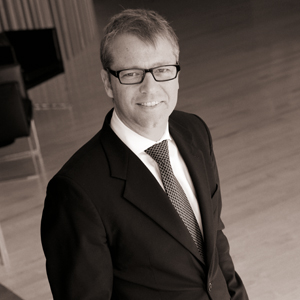 The Lawyers Weekly Managing Partner Survey 2013 has revealed that almost one third of managing partners in Australia expect to roll out redundancies this year.

The Lawyers Weekly Managing Partner Survey 2013 has revealed that almost one third of managing partners in Australia expect to roll out redundancies this year.

Notably, not one of the 20 managing partners surveyed said: ‘definitely not, we plan to boost lawyer numbers’.

Elvira Naiman, managing director at Naiman Clarke Legal, has described the result as “a scary concept for the market”.

Tim Fogarty, a partner at legal heavyweight Taylor Root, told Lawyers Weekly that redundancies are a “far more present occurrence” than 12 months ago.

Fogarty believes several of the top 10 or so firms in Australia have already engaged in redundancies and have been involved in the process for a while, but said that numbers are not expected to be significant.

“There are certainly a lot of very senior lawyers, at special counsel and senior associate level, as well as very junior lawyers, whose positions have not been maintained,” said Fogarty, who added that the legal recruitment market is currently in a state of flux and could really go either way this year.

The survey also found that 38 per cent of managing partners believe corporate and banking practices will be hardest hit by redundancies in 2013; a distance clear of second and third placed property (8%) and energy & resources (8%).

“We’ve [Bakers] been fortunate that we’ve been able to manage our numbers, so we haven’t needed to initiate a redundancy program,” said Freeland.

“If firms continued to hire at aggressive rates, and I can think a few in the market that have, while the corporate market continued to be challenged, I think there are some firms, unfortunately for them, who will need to be looking at ways to reduce their headcount,” he added.

Naiman said legal recruiters are now explaining to top-tier and international senior corporate and banking candidates that there are practically no roles out there.

“It’s a concept a lot of them are having trouble understanding,” said Naiman.

“The idea of having a lot of disenfranchised, well-trained and experienced candidates with no options, where their skill-set is diminishing, is problematic to the market.

“When the market does turn, these people are close to impossible to replace."