MPs call it for Coalition 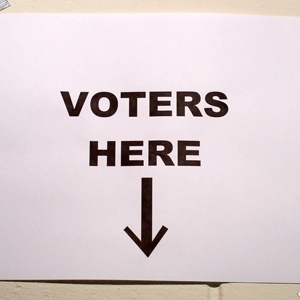 The chief executive of Newspoll has said he’s not surprised a large percentage of managing partners at Australian law firms will be voting for the Coalition in September’s Federal Election.

According to the Lawyers Weekly Managing Partner Survey 2013, which interviewed 20 of Australia’s top managing partners across global, national and regional firms, 60 per cent say they will vote for the Tony Abbott-led Coalition, with just 27 per cent choosing Labor and 13 per cent undecided.

Newspoll chief Martin O’Shannessy said the result is comparable to opinion among the general public ahead of the election, with its latest poll showing the Coalition has a two-party-preferred lead of 55 per cent to Labor’s 45 per cent.

“Perhaps managing partners are not that different from everybody else out there if the Coalition is attracting 60 per cent of the vote,” said O’Shannessy.

With uncertainty abound in the legal market, as well as the wider Australian economy, O’Shannessy believes managing partners, like most business leaders, will be voting for the party they think will be able to manage the economy best.

“One thing we’ve found during our research centres around which party is best placed to manage issues around the economy … we found the Coalition well in front in most of those management issues,” he said.

“I would imagine that your average managing partner is thinking in fairly broad terms about the ability of the parties to manage."

O’Shannessy added that it doesn’t surprise him that people responsible for managing businesses are going to be more favourable to parties that look the better manager.

“Our research with the general population suggests that would be the Coalition.”

MPs call it for Coalition