Social impact not seen in numbers 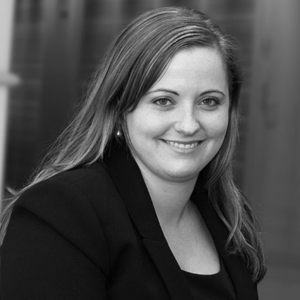 Social media has not made a dramatic difference to most law firms’ graduate recruitment programs, the Lawyers Weekly Managing Partner Survey 2013 has revealed.

Social media has not made a dramatic difference to most law firms’ graduate recruitment programs, the Lawyers Weekly Managing Partner Survey 2013 has revealed.

Half of the 20 managing partners surveyed said social media had not improved their firm’s graduate recruitment drive or its response rate, with 22 percent saying there had been a huge improvement, and 28 per cent indicating a slight improvement.

Kelly O’Shaughnessy (pictured), Ashurst’s social media strategist, said the difference social media has made to the graduate recruitment process at Ashurst is more about communication than numbers.

“There’s definitely been an improvement, not necessarily from a numbers perspective ... it’s more about the accessibility and the availability ... we’re here to answer questions whenever people are asking them and that’s been a big change,” she said.

O’Shaughnessy added that Ashurst uses social media as a way to engage with potential hires and also to headhunt people, resulting in “a huge cost saving” for the firm.

However, she was keen to emphasise that social media was just one avenue the firm used to interact with graduates and potential hires.

“It’s not had a huge impact in that it’s changed the entire way we recruit graduates, it’s definitely one part of a multi-channel strategy.

“There are people who don’t interact with brands on social media ... [so] we have a really robust graduate recruitment strategy in the first place and adding in social media elements has changed that for the better, but it’s not a silver bullet.”

Sam Garner, who runs King & Wood Mallesons’ Facebook page, highlighted the importance of social media in being the ‘human’ face of a law firm.

“We can have a genuine conversation ... [people] see we have a personality,” she said.

Australian Law Students’ Association president Corinne O’Sullivan said students mostly use law firms’ social media pages as “an information and finding out about the firm tool”, adding, “on one level ... social media makes a company more approachable because they’re coming through a medium that [students] might feel more comfortable with”.

She said that law students, like everyone, are concerned about their digital footprint, but added:  “I think law students are quite aware of what your online image can portray and so are careful with what it looks like.”

While jobseekers are becoming increasingly worried about the effect their digital footprint may have on their job prospects, both Garner and O’Shaughnessy said that neither of their firms check people’s social media platforms as part of their recruitment process.

“That’s not the purpose of the [Facebook] page at all,” said Garner.

Social impact not seen in numbers