The future's bright, with mirrored glass 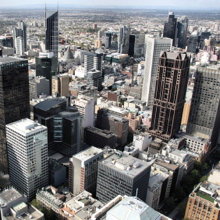 Commercial property has faced foreign investment and regulatory upheaval in recent months, but what does the future hold for this area of practice? David Sinn, partner at Freehills, writes.

Commercial property has faced foreign investment and regulatory upheaval in recent months, but what does the future hold for this area of practice? David Sinn, partner at Freehills, writes.

There is no doubt that Australia’s property market has been carried along by a flourish of Foreign investment for the past few years now. Looking at the local property market today, its not so surprising to see that 24 per cent of commercial property is now owned by foreign investors, with funds coming mainly from Asia and closely followed by Europe and the US.

Our strong property market has been the major driver for foreign investment, but the local market has also been supported by Australia’s close proximity and economic ties to China.

For the more risk adverse, Australia has offered international investors an opportunity to cash in on the China moneybag without the sovereign risk associated to this emerging economic superstar. With the Chinese sustaining Australia’s mining boom and its own investment in Australian property, international funds have seen our market as a ‘can’t loose’ investment destination.

The impact of this foreign investment hasn’t been quite so upbeat for local REITs, which have been outperformed by offshore investors. Local REITs have been hampered by their share price and have found it difficult to invest in a time when the market is looking for reductions in debt and an increase in capital reserves.

Last week JP Morgan released a report that showed unlisted funds now hold an equivalent marketshare to the domestic holdings of local REITs. Investment funds, with international backing, are really muscling up and REITs need to step up now or face being shouldered out.

This strong international investment has been fundamental to sustaining the Australian property sector and has been a great supplement to the Australian market when other forms of equity and capital have been shrinking over time. But how recent regulatory changes and political uncertainty may disrupt this strengthening market is yet to be seen.

This July, changes to the withholding tax rate on managed investment trusts will be implemented increasing the tax rate from 7.5 to 15 per cent for most of Australia’s key foreign investors, who are now looking at a tax bill that has doubled in size. The market now waits with bated breath to see how foreign investment markets will react and whether activity levels might drop off.

But there are certainly no signs of anything slowing down just yet. We have seen a number of major property deals from both new and regular foreign investors completed in the first half of this year suggesting international investors will not be deterred by rising tax rates and still see Australia as a great market to invest.

But its not all about what’s playing on the global stage. Last week, Centro Retail Australia announced a A$690.4 million sale of a 50 per cent in three shopping centres to Australian owned Perron Group, marking the biggest direct deal in Australian property since the Global Financial Crisis. There could be signs of a resurging domestic market after all.

The outlook for the Australian commercial property market is looking very healthy indeed. We expect to see a heightened sense of competition for assets over the next few months as Australian owned REITs come back with a vengeance and look reposition their portfolios.

The future's bright, with mirrored glass