Home/
News/
Value-based billing to have its Day

Value-based billing to have its Day 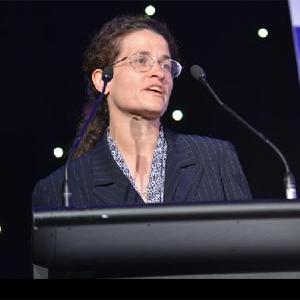 In-house lawyers are getting fed up with firms that don’t embrace value-based billing, the head of group legal at the Adelaide & Bendigo Bank has claimed ahead of a series of Australian Corporate Lawyers Association (ACLA) conferences.

Maria Polczynski (pictured), who was named ACLA Corporate Lawyer of the Year in 2012, will deliver a presentation at the industry body’s Corporate Counsel Days in Victoria and South Australia this March. She said that she isn’t holding her breath for firms to come forward with a value-based billing model. Instead, she is trying to change their behaviours, and her progress so far will be the subject of her talk.

“Firms are never going to suggest anything other than hourly rates because it suits their current systems,” she said. “Until a lot of users of legal services start requesting or requiring [value-based billing] we won’t get a lot of change ... [so] we’re trying to make things happen.”

Polczynski will reveal how she has managed to encourage some of the bank’s most-trusted firms to embrace value-based billing, which has contributed to a significant reduction in the organisation’s external legal spend.

“I thought I’d go through the practicalities from my experience of dealing with external lawyers,” she said.

It has been slow progress, admitted Polczynski, with a number of firms “looking blankly at us, can’t get their heads around it ... and some just pay lip service”. Other firms, however, have demonstrated a willingness to adopt a value-based model, though Polczynski points out that smaller firms are the most receptive.

Personally, Polczynski is outraged at what some firms expect organisations to pay for legal services. She is also frustrated by firms that say they will adopt alternative fee arrangements but then simply calculate fixed fees based on their hourly rates.

“It’s infuriating when you can’t get them out of that psychology,” she said.

Value-based billing to have its Day