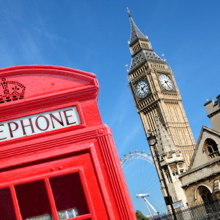 Slater & Gordon’s £53.8 million ($AUD80 million) acquisition of UK law firm Russell Jones & Walker will go ahead after the firm received approval for the buy out this week.

Slater & Gordon’s £53.8 million ($AUD80 million) acquisition of UK law firm Russell Jones & Walker will go ahead after the firm received approval for the buy out this week.

The acquisition will be completed on April 30, following the approval of an Alternative Business Structures (ABS) licence by the UK Solicitors Regulation Authority.

Slater & Gordon was amongst the first organisations to be granted an ABS licence by the UK regulatory authority. The law firm notified the Australian Securities Exchange of its ABS licence approval today.

The firms garnered worldwide attention when they announced plans to join forces and capitalise on changes in the UK legal landscape in January this year, following 12 months of negotiations and due diligence.

RJW chief executive officer Neil Kinsella said his team knew that changes were required to stay “at the forefront of a changing legal landscape” and Slater & Gordon was the “perfect partner” law firm.

“We are in the midst of a changing landscape in the UK and we want to be at the forefront of that change – both in a regulatory sense and in service delivery” said Kinsella.

“One thing that will not change is our commitment to make access to justice available and affordable to all because that’s a common goal that we share with Slater & Gordon and it’s one of the things that attracted us to them in the first place."

Slater & Gordon Managing Director Andrew Grech said it was the optimum time to enter the UK market because of the changes in ownerships laws and impending changes to the personal injury sector.

“Firms which do not adapt will simply not be able to compete effectively over the long term,” Grech said.

“This partnership gives RJW security so that they can continue providing a first class legal service, but it also gives them the resources needed to develop and grow whilst retaining and attracting talented people in a way that would not have been possible otherwise.”

Grech said Slater & Gordon would support its UK business to continue to grow and meet the needs and expectations of their clients into the future.

“We have jointly identified the opportunities that will come as a result of the changes in the UK market and have already benefited from sharing our knowledge,” he said.

“The potential to share technology and have greater resources to retain and attract additional talented people will underpin our future success.”