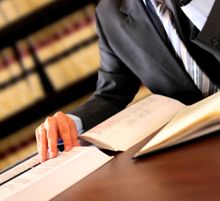 After a string of “blatant, breathtaking lies”, a Melbourne lawyer will be reprimanded and banned from obtaining a practicing certificate before 2017.

After a string of “blatant, breathtaking lies”, a Melbourne lawyer will be reprimanded and banned from obtaining a practicing certificate before 2017.

The Victorian Civil and Administrative Tribunal (VCAT) ordered that Melbourne lawyer Mark Spicehandler made false claims in a job application, and practiced as a lawyer without a valid practicing certificate, following charges brought against him by the Legal Services Commissioner (LSC).

In making the orders, VCAT described Spicehandler’s conduct as “completely inconsistent with the legal practitioner’s duty of honesty and candour” and his omissions and false information on his resume were “blatant, breathtaking lies”.

The LSC brought three charges of professional misconduct against Spicehandler for denying on a job application that he had been charged with an offence when in fact he had, as well as for omitting details relating to his employment history from his resume, and for engaging in legal practice without a valid practicing certificate.

Spicehandler applied for the position of senior solicitor at the Office of Public Prosecutions in June 2010. In his application, he failed to disclose he had been employed by five separate law firms between 2006 and 2010. Instead, he claimed that he was employed by a logistics company and had been since 2004. In fact, Spicehandler had never worked for the alleged logistics company.

He also failed to disclose that he had been charged with an offence.

In addition, Spicehandler had not held a legal practising certificate since June 2008.

The LSC submitted to VCAT that Spicehandler’s dishonest conduct was inconsistent with a lawyer’s duty to act honestly and impinged upon his fitness to engage in legal practice. Further, that practising without a valid practising certificate constitutes professional misconduct under the Legal Profession Act 2004.