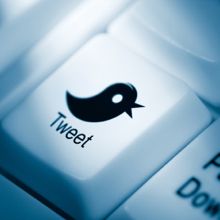 A study of 80 Australian law firms and five social networks has scored DLA Piper and Slater & Gordon as the biggest users of social media.

A study of 80 Australian law firms and five social networks has scored DLA Piper and Slater & Gordon as the biggest users of social media.

LinkedIn is by far the most popular social media used by law firms, with 91.3 per cent of the 80 firms in the survey using it in some way.

Twitter is the second most popular social media channel, with 55 per cent of firms tweeting, following and retweeting.

Facebook is used by just 36.3 per cent of the firms surveyed and YouTube is used by 27.5 per cent.

BRR Media General Manager (Law), David Bushby said the report was timely as use of social media by law firms was increasingly significantly.

“Social media has come a long way since the first firms started tweeting in 2009,” Bushby said.

“From those tentative beginnings, it has become the topic du jour at legal marketing events and agitated robust debate within firms between those that see value and those that see it as a distraction.'

Bushby said that the report surveyed the social media presence of 80 law firms in Australia, ranging from the top tier through to the mid-tier and boutique firms. There were a few rules in regards to measuring a firm's social media presence. For example, firms that merely reserved a username with a logo didn’t make the cut, nor did Twitter pages with no tweets.

Bushby said that it was clear that the uptake of social media in the legal sector was growing, driving new opportunities, risks and thinking to be applied to each channel in its own way.

“Those on the sidelines may well be taking the prudent strategy for now, but given the returns which are starting to trickle down to the early adopters, how long can the others afford to wait?”