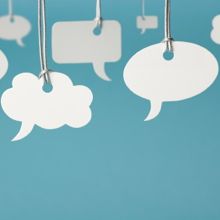 If approved, the merger would form a firm of more than 2000 lawyers in 45 offices spanning Australia, North and South America, Asia and the Middle East.

“Our leadership teams believe that the client-driven consolidation and globalisation evident in the market for legal services will continue unabated and the potential synergies that would arise from the combination of our firms deserve (and are receiving) serious consideration,” said K&L Gates chairman and global managing partner Peter J. Kalis and Middletons national managing partner Nick Nichola.

The firms have been in discussion for several months. Formal proposals are expected to be presented to both partnerships later this year.

Middletsons brings 300 lawyers in Melbourne, Sydney, Brisbane and Perth to the table. K&L Gates, which has 1600 lawyers globally and 40 offices, is ranked 17th by revenue by the AMLaw100 report, with a 2011 gross revenue of $1.06 billion.

If the merger goes ahead, it will be the latest in a string of mergers that have transformed the Australian legal landscape this year. Blake Dawson signed a deal with UK firm Ashurst, Allens Arthur Robinson with Linklaters and Freehills signed up with Herbert Smith. Mallesons Stephen Jaques also combined with Chinese firm King & Wood to form King & Wood Mallesons.